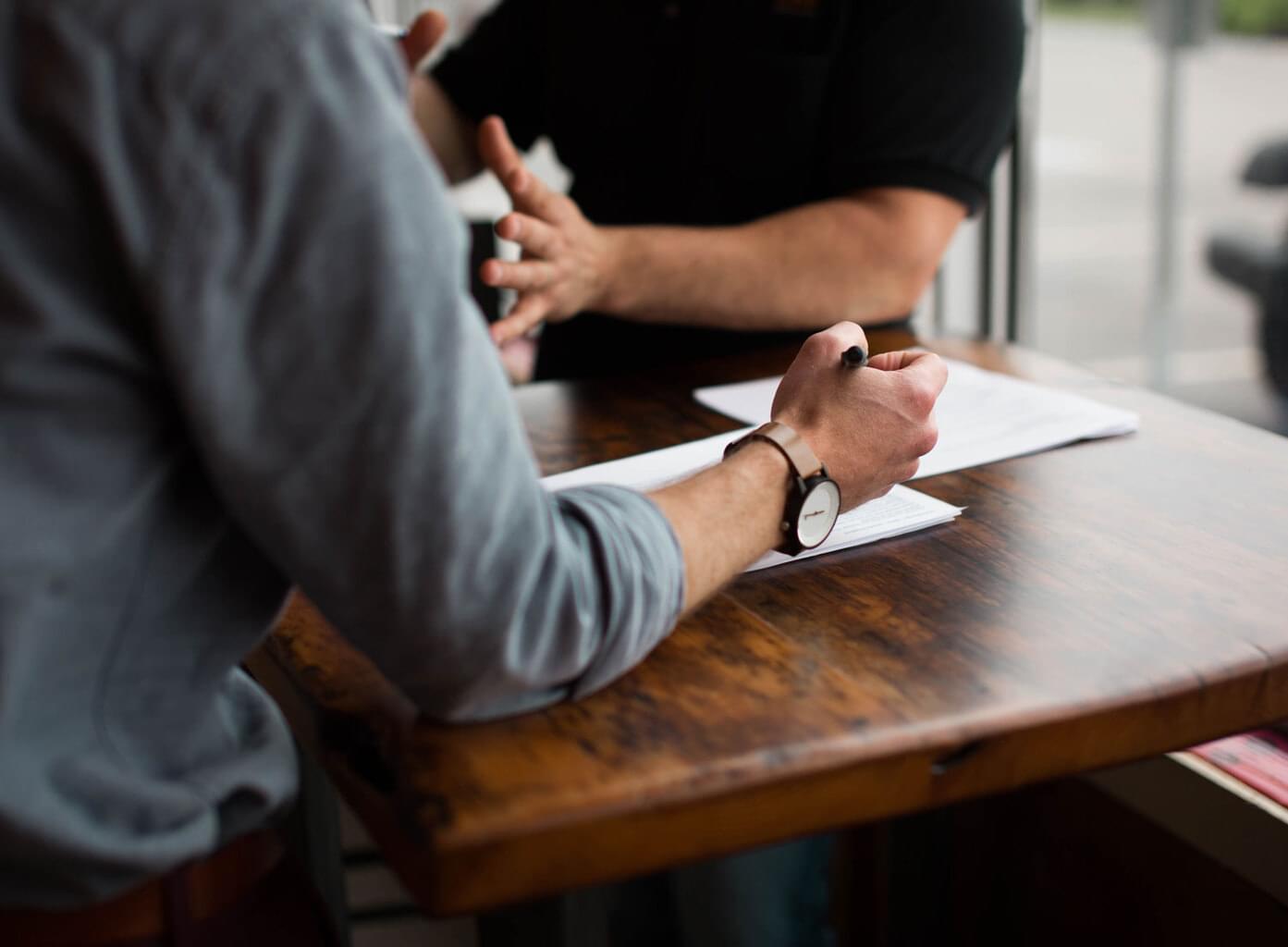 Remember when you got your driver’s license—that first sweet, sweet taste of freedom? In the midst of it all, you probably didn’t think twice about another rite of passage: the more enduring necessity of navigating process in a government agency.

Temporary paper license in hand, it’s easy to overlook the dry study materials, the form-filling, and queuing. Over time, this becomes routine, an experience you come to expect, and even now, it’s likely that you’ll question whether making an appointment online actually saved you much time. Reimagining these experiences through a customer-first lens, we might fantasize about cozier waiting areas, annotated study guides batched neatly with highlighters and notepads, emails of encouragement on the milestone, or maybe even a better UI on the website.

It begs the question of whether the necessary business of being a public citizen—which includes registering to vote, going to the post office, paying taxes, and more—has to be the tedious experience we’ve made it out to be. Especially since a seamless returns process or a painless billing adjustment over the phone in retail and other industries can sometimes provide a sharp contrast.

It begs the question of whether the necessary business of being a public citizen - which includes registering to vote, going to the post office, paying taxes, and more - has to be the tedious experience we've made it out to be.

Putting aside the way we like to poke fun at a trip to the DMV—an experience charmingly immortalized by the sloth working behind the counter in Disney's Zootopia—public service adds up to the sum of good customer service from the people delivering it and experiences that are designed with constituents in mind.

For those in decision-making roles, tailoring teams, talent, processes, and technology holistically remain the biggest challenges toward a lofty CX goal: earning the trust that rank-and-file members of society place in those spending our tax dollars.

“On the one hand, there are rising public expectations and pressure to improve. On the other hand, there is an immense opportunity to adopt new approaches and technologies to accelerate the change,” states a 2019 McKinsey report, “The global case for customer experience in government.”

The report goes on to note that “some government agencies have caught the wave,” deploying design thinking, digitization, business analytics, and automation to improve processes or experiences. Still, they remain outliers. In the same report:

“Given competing priorities and structural barriers to change, many agencies bet small—making changes piecemeal and spreading investment thinly across services and channels. Such efforts may lead to incremental improvements but fall short of delivering the impact government leaders (and citizen customers) expect.”

The imperative is there, the intention is there, but executing is complicated. If we think of an entire state or city as a business enterprise broken up into smaller businesses—Department of Public Works, Parks and Recreation—each of those departments serve a different subset of the population, but from the same level of government. Siloed solutions and betting “small” with piecemeal changes, as the McKinsey report found, is the result.

Siloed solutions and betting "small" with piecemeal changes, as the McKinsey report found, is the result.

“It’s difficult to holistically, as an enterprise, understand internal customer requirements, which leads to competing platforms within one government space,” according to one federal employee (who is not authorized to speak on the record), whose experience in the public sector has touched IT, information security, and external vendor relationships.

Even when organizationally unified by a CIO, he said, it can be hard to reconcile the needs of a state health services director whose solution drastically improved information security, and a DMV with a competing solution that’s proven top-notch for managing tests, appointments, and registering vehicles.

[Related read: The State of Tennessee earned a 35% improvement in phone CSAT]

According to our federal government employee, resources (i.e., budget) and competing needs and preferences definitely come into play. Other variables include the level of government (local, state, federal) and the nature of funding, which can vary widely between agencies, from year to year, and with changes in the constituency. For example, the customer experience for Medicare recipients would be very different from that of a public elementary school district.

Chief among the considerations is what our anonymous source calls “governance concerns.” Public agencies aim for technical enablement of necessary processes—not the other way around. In other words, thinking of technology as a silver bullet, without careful thought into how it supports the functions of government, would be a mistake.

Thinking of technology as a silver bullet, without careful thought into how it supports the functions of government, would be a mistake.

“I think it's a big challenge, because a lot of things we valued in technical leadership focused on technical skill sets, not on skill sets necessarily driving toward customer experience and some of the soft skills of leadership,” the federal employee said.

One of those soft skills of leadership is the ability to foster trust. In some cases, these agencies are the only place to get the services in question. While it may seem freeing to some—no competition and no chance of the business going under, sign me up!—it’s a weighty responsibility with an added, nuanced layer of trust. Especially when it comes to data.

“The ever-burning question on everyone’s minds, whether it’s a governor of a state or a commissioner running an agency, is whether I’m going to have to be the next person reading at a podium, telling however many constituents that we lost their information because of a vulnerability in our systems,” he said. “ There’s a special trust in the government to keep their data secure. If Target has a breach, I can decide not to shop there. I can’t decide not to get a driver’s license or pay my taxes somewhere else.”

Sunny Lakhmani, CTO for the City and County of San Francisco, notes that while tech can “take over” certain parts of the process, the people managing those processes come first.

Even Lakhmani admitted, prior to taking on his current role, feeling frustrated by certain public agencies, agreeing that we've all gotten used to shaming them.

In his role, Lakhmani oversees the Department of Technology for the City and County of San Francisco. Most of his customers are internal employees and resources in the Departments of Public Health, Public Works, the city’s catch-all customer service hotline, and the transit agency. They have a tech stack in place that provides multiple channels of support, which includes the in-person, pen-and-paper kind. Their customers are residents, business owners, and visitors to San Francisco. Even Lakhmani admitted, prior to taking on his current role, feeling frustrated by certain public agencies, agreeing that we’ve all gotten used to shaming them. But that’s not the end of the story.

“There’s a lot of pivoting internally and I do see a concern: How do we provide transparent and timely, responsive service?” Lakhmani said, his concerns similar to that of any leader in the corporate space. Like his private-sector peers, he says his teams map the customer journey, identifying where there are delays, where they could deploy automations, and where they could be more transparent.

“Our story here in the Department of Technology is, ‘How can we get closer to the customer?’” he says.

Expanding our definition of “customer-centric”

Government agencies are there for citizens to obtain the essential services they need, to participate in whatever way they want to in society, the federal source explained. A huge consideration is acknowledging that not all customers are connected equally. There are elderly populations who aren’t as connected, or simply trust literal paper trails more when conducting business. In San Francisco, there are significant numbers of homeless citizens off the grid, which requires a special level of outreach to connect them with essential services, Lakhmani says. On the other side of the coin, there are also incredibly tech-savvy and connected people, and the agency has to meet their needs, too.

In a previous role, the federal employee recalls supporting a “a very limited population” in which legacy, paper-based processes was the most customer-centric approach. Lakhmani agrees, saying that clarifying the language on forms or adding language support are essential ways to enable citizens in their decision-making.

The essential question at the end of the day isn’t how to automate outdated processes; it’s what solution, tech or otherwise, will support the government agency best in their efforts to serve a range of constituents that must be served one way or another.

The biggest revelation is perhaps that government agencies are better practiced at multichannel customer service than anyone, operating in the open, without a net, in the taxpayer spotlight. While organizations like Stamps.com and DMV.org stepped in to fill the experience void, it’s telling that the real DMV and post office are still seeing lines out the door.

The essential question at the end of the day isn't how to automate outdated processes: it's what solution, tech or otherwise, will support the government agency best in their efforts to serve a range of constituents that must be served one way or another.

Both sources touched on the draw of public service in the first place: service being the key word here. Public life in the United States comes with legal requirements for transparency and a press that guarantees a level of scrutiny. But everyone in the business of customer service could stand to consider whether they’d act differently if customers more directly paid their salaries, or were welcome to take a fine-tooth comb through their budget proposals.

On the constituent side, voting for or against candidates or measures, making public comments about a planned development in your neighborhood, speaking out at a public hearing—hearings that, by law, must be made public for a certain period of time—helps close the feedback loop. Whether governments want to listen and take action is one thing, but ultimately, providing constituents with pathways for everyone to reach them is, in a lot of ways, the original customer-centric solution. 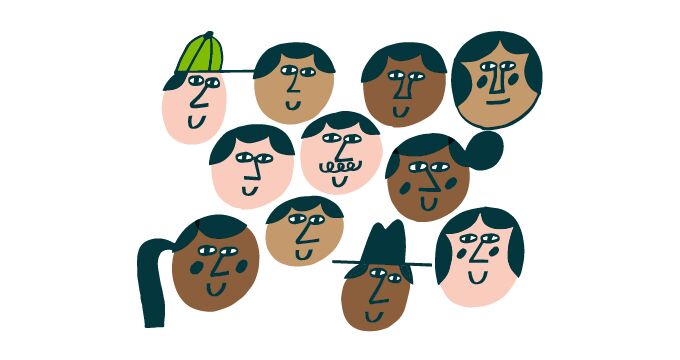 Power to your people

See how Zendesk helps government agencies put constituents
at the center of their business.

Managing rapid growth during a pandemic: A CX Moment with Snap

What can happen when tutorials are woven into the customer experience

How Wool and the Gang made knitting cool in a digital-first world.