As many as 70 percent of consumers want brands to take a stand on social and political issues. Brands shouldn’t be afraid to take a stand, but they’ll need to prove their credibility to customers. 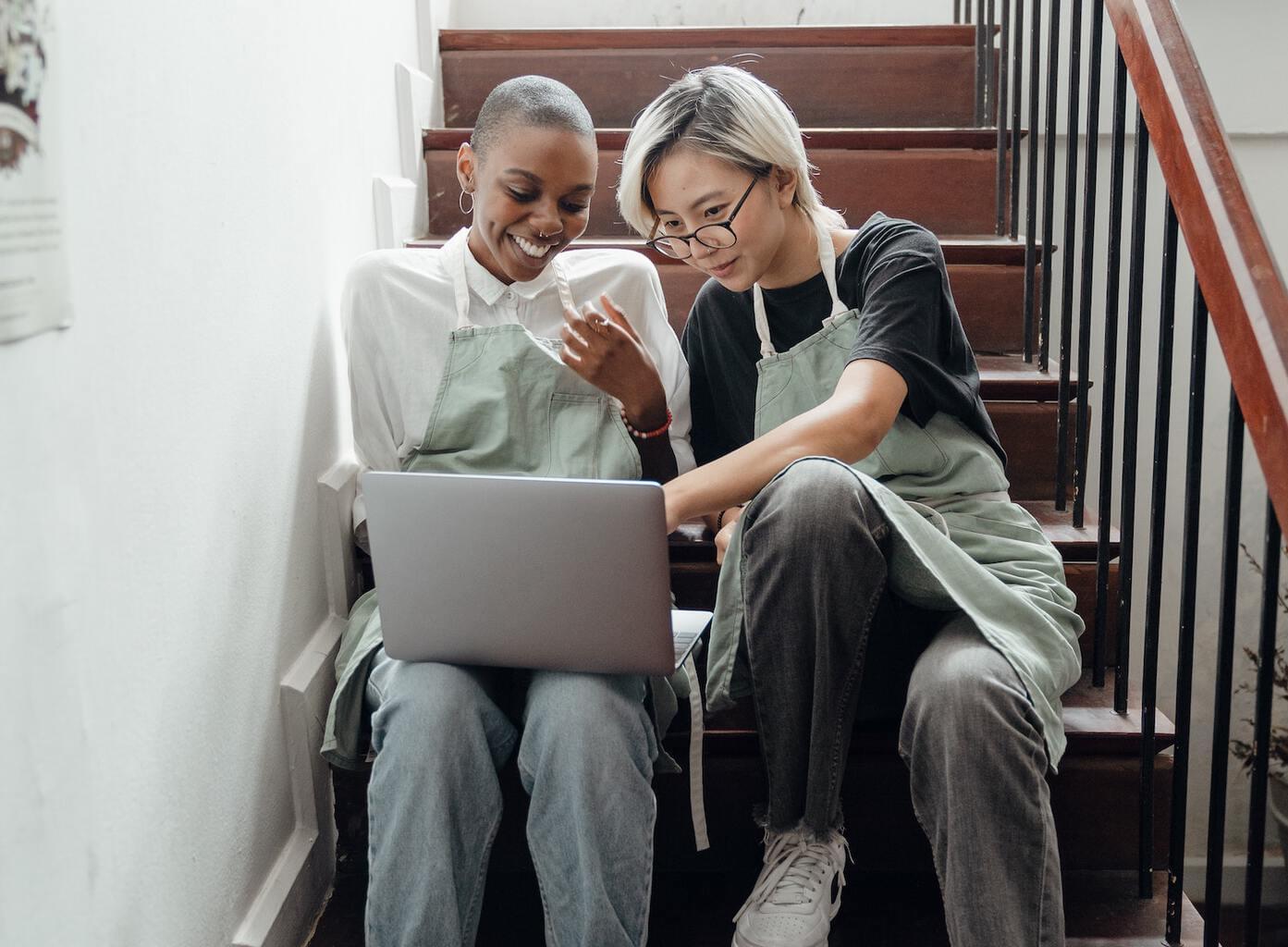 As many as 70 percent of consumers want brands to take a stand on social and political issues. That’s a 66 percent increase from 2017, according to Sprout Social’s 2019 #BrandsGetReal survey.

Recently, consumers’ social media feeds have become saturated with brands joining social justice conversations—which is great—but even before the Black Lives Matter movement, consumers reported that it doesn’t always feel genuine. In fact, 53 percent of consumers believe brands take a stand for PR and marketing purposes (known as woke-washing), and 35 percent perceive brands speaking out as “jumping on the bandwagon,” according to Sprout Social’s findings.

Brands shouldn’t be afraid to take a stand, but they’ll need to prove their credibility to customers. A brand’s stance is most believable when it’s about an issue that impacts its customers and is relevant to the business, according to consumers surveyed by Sprout Social. And it doesn’t end there—a business will also need to be clear about what it’s doing to back its messaging by action.

Why social justice is everyone’s business

Tiffany Apczynski, Vice President, Public Policy and Social Impact at Zendesk, explained in an interview that businesses’ historic attitude of staying removed from social justice issues is behind the times.

Consumers are more likely to purchase from companies that take a stand on causes that align with their values, and more importantly, companies have power to make a difference. Even if it’s helping to take baby steps toward a larger solution.

In fact, 67 percent of consumers say brands are raising awareness around just causes, and 62 percent believe brands are educating them on important topics.

Consumers are more likely to purchase from companies that take a stand on causes that align with their values, and more importantly, companies have power to make a difference.

Businesses directly impact who is hired into the workforce and who receives raises or promotions. They also have influence over taxes, who is elected in their states, and the global economy, said Apczynski.

“It’s naive to think business doesn’t have anything to do with the outside world. Business impacts how wealth is distributed, which in turn factors into gender, racial, and economic disparity,” Apczynski reflected. “It makes for a more fair society when businesses work to break the cycle of poverty and systemic racism.”

[Related read: Why empathy has moved from buzzword to business necessity]

6 examples of brands that took a stand to inspire customers

Taking a stand in a way that inspires customers requires businesses to get behind causes they truly care about. “Consumers know when a brand is just paying lip service,” said Apczynski.

Activism is a part of Ben & Jerry’s history. As early as 1987, it developed social justice-themed ice cream flavors to lobby for change and raise money for global warming, LGBTQ+ rights, and criminal injustice—to name just a few causes.

This is likely one of the reasons why Ben & Jerry’s recent statement against racial inequality, which pointed to racial discrimination throughout history and addressed President Trump directly, resonated with its community. This also isn’t the first time Ben & Jerry’s publicly supported the Black Lives Matter movement.

“You can only launch authentic efforts if you believe in them,” said Apczynski. “If you’re getting behind an issue the business doesn’t authentically connect with, consumer loyalty won’t play out because that effort will be perceived as half-assed. That strategy isn’t going to help your business survive in a society that does authentically care.”

Activism is a part of Ben & Jerry’s history. As early as 1987, it developed social justice-themed ice cream flavors to lobby for change and raise money for global warming, LGBTQ+ rights, and criminal injustice—to name just a few causes.

Take a scoop out of Ben and Jerry’s ice cream and ask: What causes matter to your business? Apczynski recommends that the CEO and executive team think through areas that feel right for the kind of company and then cross-check those suggestions with outcomes from an employee survey to gauge how well those visions are aligned.

2. Airbnb turns towards its mission statement

To keep your areas of focus within your wheelhouse, look towards your mission statement. This feels more natural and authentic, according to Apczynski.

Airbnb’s mission is to help create a world where people can belong anywhere. This ties back to its hosts’ and guests’ experiences of feeling more empathetic after staying in a stranger’s home or opening up their own home to a stranger.

[Related read: How the International Rescue Committee welcomes asylum seekers and refugees to the U.S.]

Although controversial, the statement aligned with Airbnb’s mission, generated 85 percent positive reactions. According to The Shorty Awards, “#weaccept” was the top advertiser hashtag used during the Super Bowl, with over 33K tweets during the first half of the game. Airbnb also attracted over 15K volunteers to open their homes to displaced populations.

The ad also aired around the same time some Airbnb guests said they experienced discrimination on the platform, pushing Airbnb to devote energy to achieving greater acceptance within its client community as well as more globally.

3. Birchbox and SurveyMonkey lead with transparency

In the same way businesses are transparent with their marketing, pricing, or sales cycle, they can be open and honest about their social justice efforts, explained Apczynski.

Transparency comes across as more authentic than perfection. This means being upfront about where you can grow, keeping customers informed as you’re learning, and asking for honest feedback—and being open to receiving it.

[Related read: Values with action: how Zendesk will continue to do better]

In honor of #pulluporshutup, Birchbox shared its workforce racial makeup and plans of action for hiring, recruitment, and internal programs. SurveyMonkey also shared that it’s turning towards its Black employee resource group and developing programs to educate non-Black employees and hold each other accountable.

Apczynski recommends sharing a learning curriculum with customers to keep them posted on how you’re becoming educated.

Transparency comes across as more authentic than perfection. This means being upfront about where you can grow, keeping customers informed as you’re learning, and asking for honest feedback

“The first step is to become educated about causes the business cares about. If you get a push back from consumers that that’s not enough, they’re right because it isn’t—but it’s a step in the right direction,” said Apczynski. “We have to know what we don’t know before we do anything, or customers will read right through it.”

If you’re standing up for the LGBTQ+ community, source opinions from an LGBTQ+ employee resource group. If you’re vocalizing support for the Black Lives Matter movement, ensure actions you’ve committed reflect the needs of your employees of color, those who are most impacted by actions you pledge to take. With three-quarters of consumers believing employees should speak up when their employers make decisions that contradict the company’s values, learning from your workforce’s perspectives is key.

“Underrepresented employees shouldn’t have to shoulder the burden of standing up for those causes that directly impact their professional and personal lives. But it’s not authentic if your efforts are filtered through the lens of people who have no experience with it,” said Apczynski.

Customers also want more transparency into a business’ leadership: Over half say a CEO should take a stand on public issues.

“How an executive decides to speak out should be based on how they’re wired because authenticity will come through,” said Apczynski. “Executives can work with their communications team to make speaking out a workstream.”

Businesses can use their platforms to pass the mic and amplify underrepresented communities.

“‘Why is this business speaking up now?’ is the appropriate customer reaction. Nonetheless, the time is now to use your blog, Twitter handles, or whatever channels you have to speak up,” said Apczynski.

In fact, 41 percent of consumers say what brands post on social media influences their opinions on public issues, and 61 percent will conduct further research into an issue that a brand promotes.

This doesn’t mean voicing your business’ opinions publicly isn’t a risk: 55 percent of consumers say they’d boycott or discontinue shopping with a brand that supports issues that they don’t believe in themselves. But it does mean a brand should find issues that align with its customers’ values.

In fact, 41 percent of consumers say what brands post on social media influences their opinions on public issues, and 61 percent will conduct further research into an issue that a brand promotes.

Nike partnered with Colin Kaepernick after he took a knee in protest of racial injustice. Kaepernick may be the most divisive athlete of his generation, but the message resonated with Nike’s customer-audience-analysis of Nike’s campaign showed more support for Nike and Kaepernick than negative sentiment. Experts say that’s because almost two-thirds of Nike’s customers are under 35 years old, and three-quarters of Generation Z and 80 percent of Millennials want brands to take visible social positions.

More recently, Nike released its “You Can’t Stop Us” campaign, where social justice reads strong yet again—highlighting the impact on its community of athletes rather than a product.

When brands take a stand, it can’t be empty words. Donate time, money, resources, empathy—whatever your business can give—to back up its support by action.

Businesses should follow-up on their social justice efforts with data to show what they’ve accomplished. Impossible Foods has a dedicated landing page where its community can follow its “zero waste journey” and overall environmental impact.

“Impact reports show your investor, customer, and employee community where numbers are currently. You can show it again next year to demonstrate how you’ve improved,” Apczynski said. “This leaves a paper trail.”

When brands take a stand, it can’t be empty words. Donate time, money, resources, empathy—whatever your business can give—to back up its support by action.

Give your company the flexibility to be something big

The takeaway is this: to take a stand in a way that inspires customers, it can’t be empty words, and if you’re a company that’s looking for causes to rally behind, keep it in your wheelhouse.

Businesses have power to become change agents and inspire customers to take action. Apczynski put it best: “Give your company the flexibility to be something big and not be shy of the provocative.”

Winning with digital: A CX Moment with The New York Times

Zendesk sat down with Jeff Shah, VP of Customer Care at The New York Times, to learn how his team solves problems for millions of readers around the world.

A healthier outcome: A CX Moment with Inovalon

5 ways to maintain brand loyalty beyond the holidays

Get expert tips to build your business after the holiday rush.