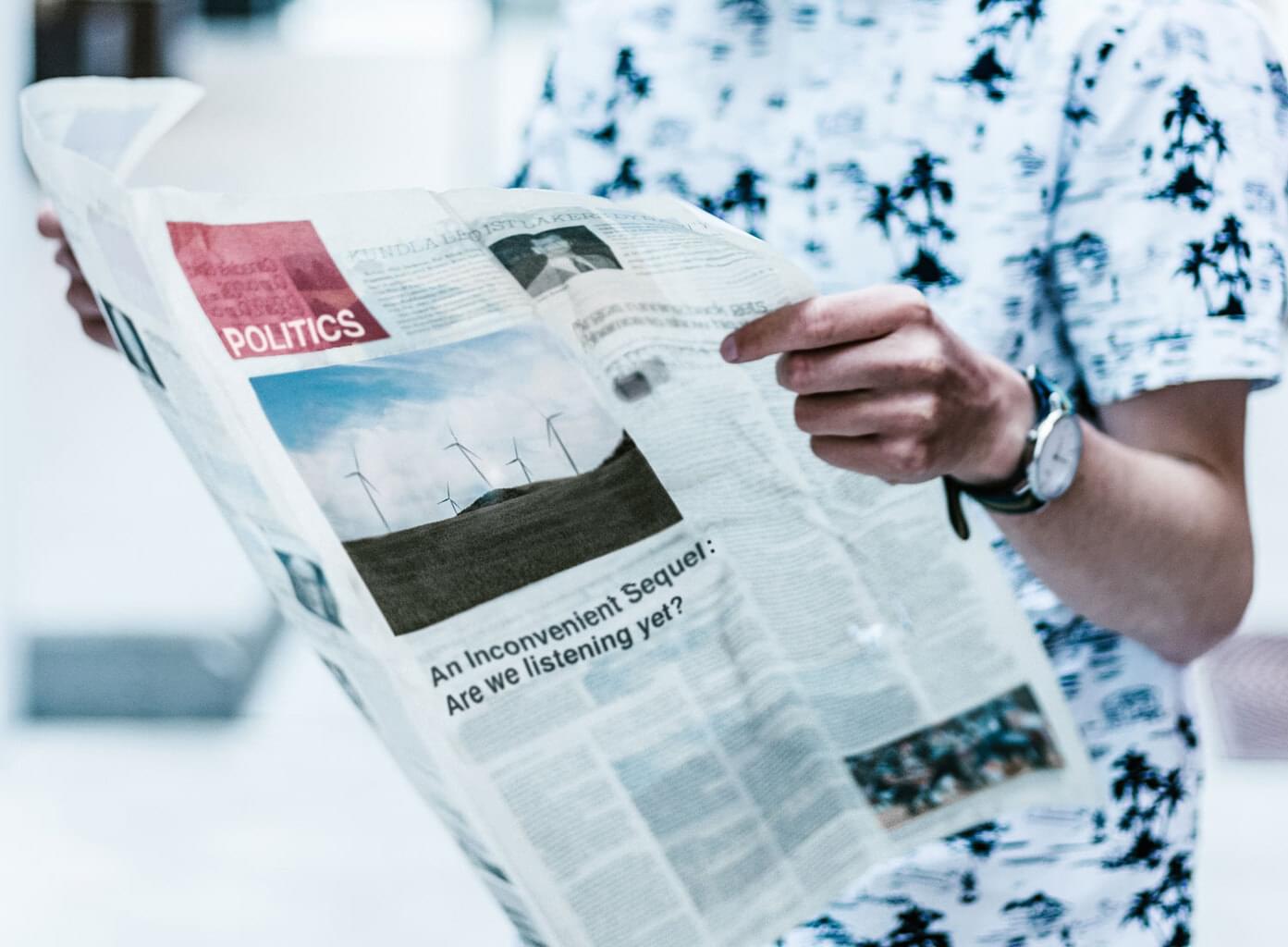 You would think a taco truck could stay out of the swirling storm of outrage and counter-outrage in America today. But you would be wrong. It was the unlikeliness of a scandal that caught Lloyd Taco Factory off guard when it became the center of a political shitstorm in late 2019. The truck—which can be tracked on an app called Whereslloyd—was selling tacos at lunchtime outside a federal migrant detention facility in Batavia, New York to employees of Immigration and Customs Enforcement (ICE). Customers were outraged by the truck’s location and because it was selling tacos to ICE, thereby supporting the detention of migrants.

So, the company’s founders apologized, tweeting:

“Lloyd has deep ties to the immigrant and refugee communities in Buffalo. We work closely with Jericho Road and the International Institute of Buffalo as part of our hiring and recruitment efforts, and every year we look forward to participating in their Buffalo Without Borders fundraiser.” It also said it was donating one day’s proceeds to Justice for Migrant Families WNY, a local migrant group.

But then ICE got mad, saying they were just people doing their jobs, jobs created by the federal government, and why should they be treated as pariahs by a taco company?

So, Lloyd apologized again. Probably, Lloyd will be very, very careful where its truck is parked in the future.

This might sound like a one-off situation, but it’s evidence of the plight of the modern company. In the past, most businesses could avoid political issues relatively easily—or at least claiming an overt relationship to politics—thus guarding its relationships with customers of all persuasions. Yet today every action is fraught. Customers are vastly polarized around what the world should look like, how people should be treated, and how the rules should be made. While these discussions fall under the heading of politics, they go to the very marrow of people’s understanding of equality and humanity.

[Related read: 4 ways to bring transparency to the customer experience]

Go ahead and take a stand

Aligning with one perspective or another can have deep consequences. It can also be good for business, as customers are looking for companies that align with their perspective. There have been numerous studies, but one recent one showed that while 61 percent of customers said they don’t want brands to get political, 75 percent of Gen Z customers will try out or seek out a brand because of its activism. And consumers shop 34 percent more with activist brands than with those that are not.

In the past, most businesses could avoid political issues relatively easily - or at least claiming an overt relationship to politics - thus guarding its relationships with customers of all persuasions.

“The intensity of the tribalism that seems to be present right now is forcing companies to be drawn into taking sides, and makes the consequences quite profound,” said Craig Barkacs, a professor of law at the University of San Diego and principal of the Barkacs Group, a firm that consults on negotiation and influence, organizational power and politics, and ethics.

“We live in a world where, if you do run afoul of offending some constituencies, the apologies start rolling out and two bad things can happen: people will say that it’s not enough that you apologized, or ask, ‘Why are you apologizing?’” he said. “It becomes a delicate tightrope.”

Some companies—Patagonia, TOMS Shoes, and Ben & Jerry’s—have made their values and political stances part of their brand. Others attempt to support various candidates or issues under the radar, like Toyota supporting the Trump administration’s attack against California’s strict auto regulations or the founder of SoulCycle throwing a Trump fundraiser. For some customers this was heartening, but for others it was unacceptable, resulting in boycotts.

Viewing customers through a partisan lens considerably limits the prospective market, and yet customers can be nudged toward or away from your business when they learn what you support—or what you’ve failed to support. Dick’s Sporting Goods’ announcement, in the wake of the Parkland shootings, that they would no longer sell assault rifles and would not sell guns at all at many of their stores was met with both anger and approval. The company stopped selling assault rifles after the shooting at Sandy Hook, but resumed at a later date. This time, CEO Edward Stack said the policy would stick, regardless of its impact on sales.

"The intensity of the tribalism that seems to be present right now is forcing companies to be drawn into taking sides, and makes the consequences quite profound." - Craig Barkacs

When Home Depot’s retired co-founder Bernie Marcus pledged to support Trump for re-election in 2020, the backlash forced the company to make a public statement that Marcus was speaking for himself and the company doesn’t support presidential candidates.

The fact is that private beliefs and actions can easily become public, and it’s more authentic to put your value systems out there than to kowtow and apologize to both sides.

[Related read: Why being an accomplice is better than being an ally]

Start with your internal culture

As companies are increasingly forced into taking a political stance, it seems worth deciding and communicating what that stance is going to be. Consider the story of the Buffalo Wild Wings restaurant where employees asked a group of black patrons to move their children’s birthday party because a regular didn’t like sitting near black people. Perhaps the employees—at least one of whom was black, according to the article—were trying to protect the interests of the company in giving the regular what they wanted. But the employees wound up traumatizing an entire family and igniting a social media firestorm. In the end, the employees were fired and the racist customer was banned for life.

Rewarding longtime customers might be a company mandate—but at what cost? How much better might it have been if the employees were versed in company values around handling polarizing behaviors and perspectives? Buffalo Wild Wings is hardly alone. When black patrons were removed from a Starbucks, the company wound up closing its doors for a day so employees could receive racial bias training.

Rewarding longtime customers might be a company mandate—but at what cost? How much better might it have been if the employees were versed in company values around handling polarizing behaviors and perspectives?

When it comes to creating a values position, Barkacs said, “There are three constituent groups involved: the company culture, the employees of the organization, and the consumer base.”

The first one to get right is the alignment of company culture and employee values.

Workers want jobs at an organization where the culture aligns with their values. A global study conducted by Glassdoor in 2019 revealed that as many as 70 percent of job seekers would not apply to a company unless it aligned with their values. And applicants and employees alike want that culture to be authentic—lived, not nominal. Unless there is alignment between employee values and organizational culture, no effort to create a values position will carry weight.

[Related read: 5 ways to bring your human(ity) to work]

This values position can’t be vague. Companies must define their values around everything from race relations to gender policies, from environmental policies to economic justice. If a company fails to do so, they risk stumbling into a social media nightmare as a result of poor decisions made by employees who were either living out their own values or guessing at the values of the organization.

Once your company is internally aligned, it also has to look at who its primary customers are. What are the values of those customers, and how is the organization aligned with those values? That isn’t always as straightforward as it might seem.

Companies must define their values around everything from race relations to gender policies, from environmental policies to economic justice… [or] they risk stumbling into a social media nightmare as a result of poor decisions made by employees who were either living out their own values or guessing at the values of the organization.

For example, as Barkacs wrote about in Smart Brief, Disney CEO Robert Iger was serving on President Trump’s Strategic and Policy Forum, but when Trump announced his intent to withdraw the United States from the Paris Climate Accord, Iger quit the forum. While many applauded his stance, some also questioned why Iger had spoken up about the climate accord but hadn’t protested when Trump announced his Muslim travel ban. Similarly, when Nike created an ad supporting football player Colin Kaepernick’s movement to take a knee during the national anthem to protest racism in America, they sold a lot of shoes and won a lot of customer love. But then it became known that Nike supports many Republican candidates as well as Democratic ones, which made the ad look potentially exploitative.

The takeaway is that customers who are focused on values look for consistency, integrity, and authenticity. And they will find the gaps.

“If a company out of the blue announces a position, then people will just be very cynical,” Barkacs said. “They do need to live their values first.”

“It’s not just having a message but believing and defending it,” Barkacs wrote. “That alignment and backbone can generate new relationships with consumers and boost business regardless of whether the company’s political views are controversial.” He points out that it’s about more than winning PR points; it also helps when a company is truly attempting to advance a social cause aligned with its values.

Managing rapid growth during a pandemic: A CX Moment with Snap

What can happen when tutorials are woven into the customer experience

How Wool and the Gang made knitting cool in a digital-first world.