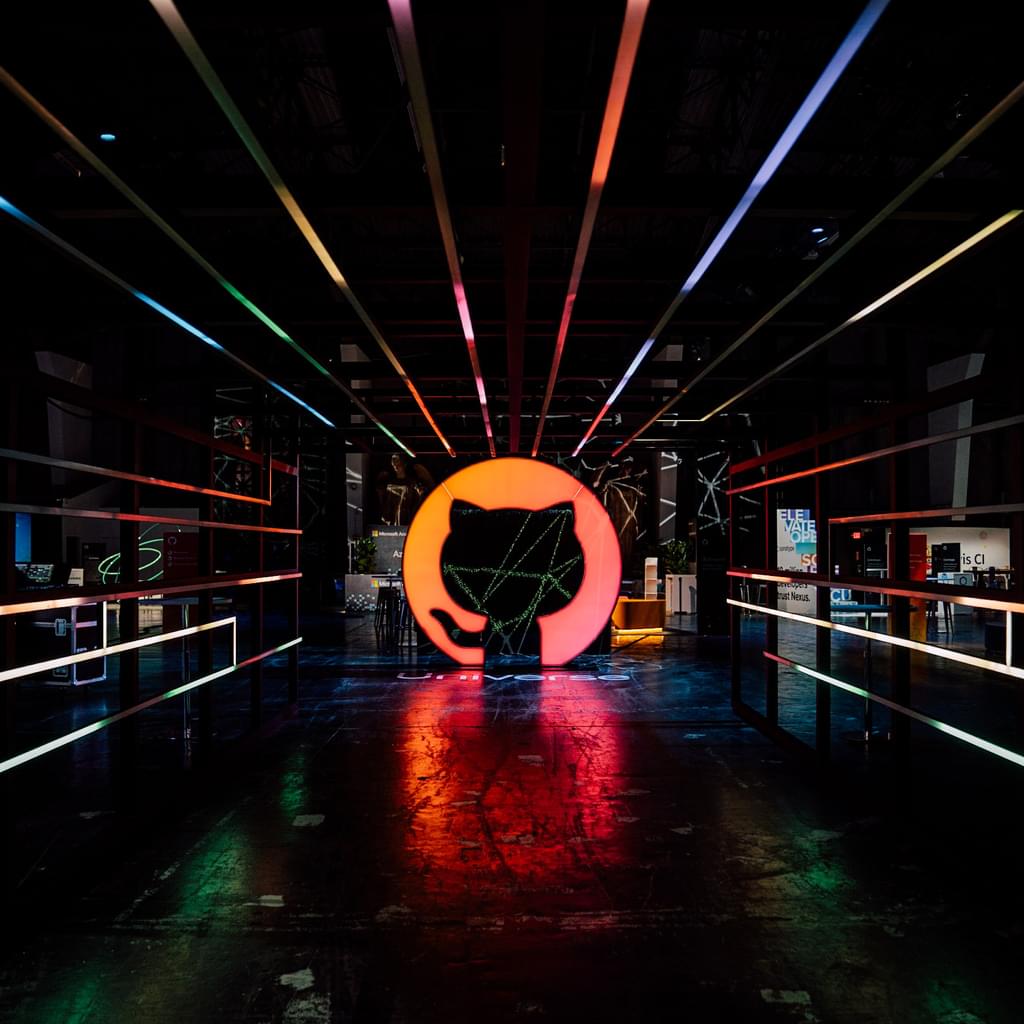 "Without Zendesk’s partnership, we would not have been able to build the integrated and unified support experience we have today."

"Before the move to Zendesk, it was really difficult to understand key metrics...What Zendesk has allowed us to do is put together a really solid strategic plan moving forward to address those areas."

Director of Support Operations at GitHub

If any company can be called “nerdy” (in the most positive sense), it’s GitHub, a platform software developers use to host and review code, manage projects, and build software alongside a community of 50 million fellow developers.

GitHub has been around since 2008, when cofounder Chris Wanstrath created the first code commit for what would become the world’s leading platform for software development. Today organizations of all sizes and from every industry—including Zendesk—take advantage of the repositories, communities, workflows, and more at the core of GitHub’s business.

GitHub initially relied on home-grown solutions (namely Halp) to manage support requests from customers and internal employees. As the business grew, it became too costly to keep dedicating engineering resources to maintaining these systems. GitHub’s goal was to implement a more manageable, scalable, and adaptable support platform so its engineers could focus on developing GitHub’s core offering. 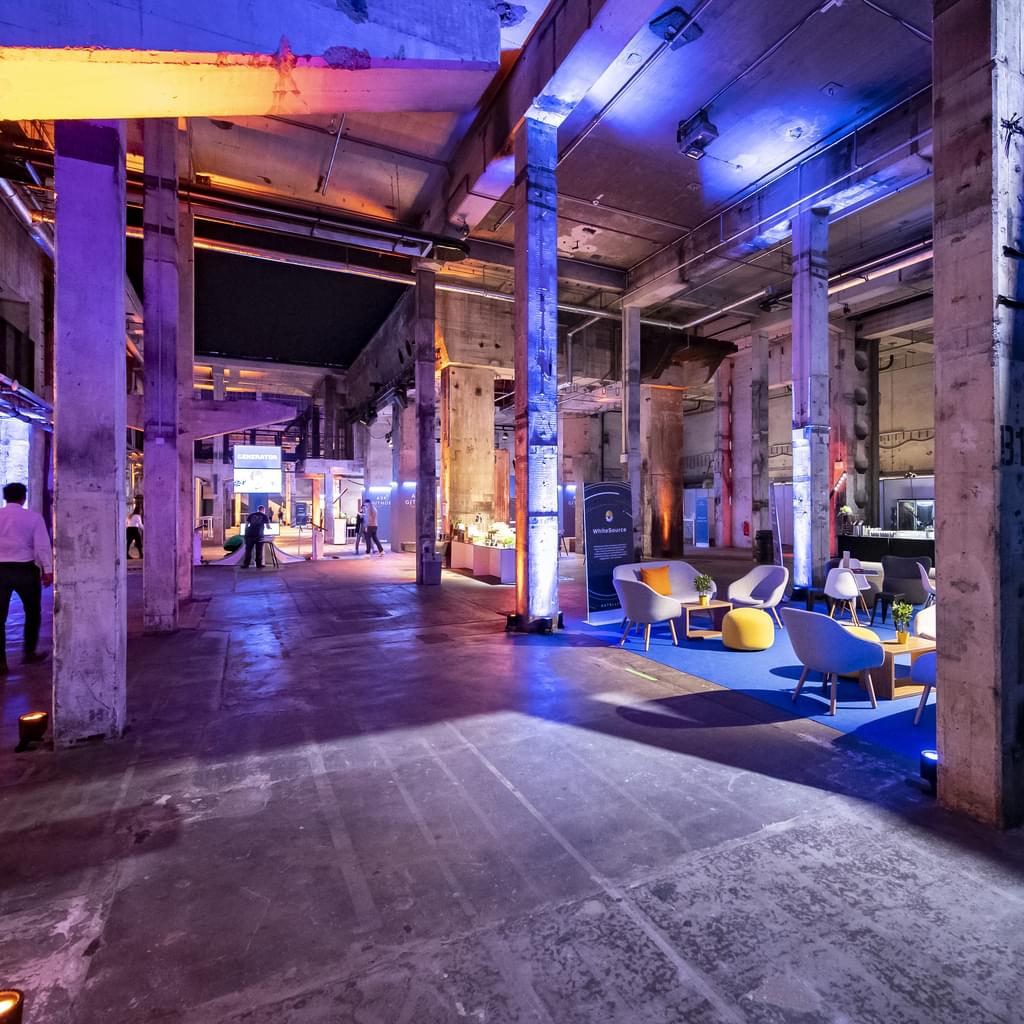 The various support teams at GitHub were also using different tools, which made it impossible to get a consistent, global view of the company’s support operations. “When I joined GitHub in 2015, support was actually three siloed teams,” said Barbara Kozlowski, senior director of global support. “The documentation team was part of support, and we also had an enterprise team and a developer—or dot-com—team. The enterprise support team at that time had been using Zendesk Support since 2012, and the developer support team was using Halp, the internal tool.”

When Kozlowski became head of support, “we made the decision to unify our support model across the organization,” she said. “The company was growing and we needed to scale quickly.” Kozlowski realized that if the entire organization used the same tool, everyone could look at the data in the same way.

“Our customers are the most important thing to us as a company, and having a seamless, unified way to support our customers is really critical,” Kozlowski said.

With 100 percent of its support team working remotely, the company also saw in Zendesk the opportunity to streamline communication and support not only for its customers but across the GitHub organization, providing more fluid ticket routing and collaboration. GitHub rolled out Support for non-enterprise customers in 2019 and gradually has been moving additional teams, including IT, HR, security, and legal, off the Halp ticketing system and onto Support.

Although the support organization is still in the process of unifying teams and workflows, “we moved from Halp to Zendesk in record time,” said Kozlowski. GitHub had kicked off this project “a few times prior,” she said, “but we weren’t able to take it over the finish line until now. Our team is very technical, and like many developers, have strong opinions about the tools they use and how they are implemented, so what we really needed was a strong project manager to drive this to completion instead of waiting to find the absolute perfect solution.” 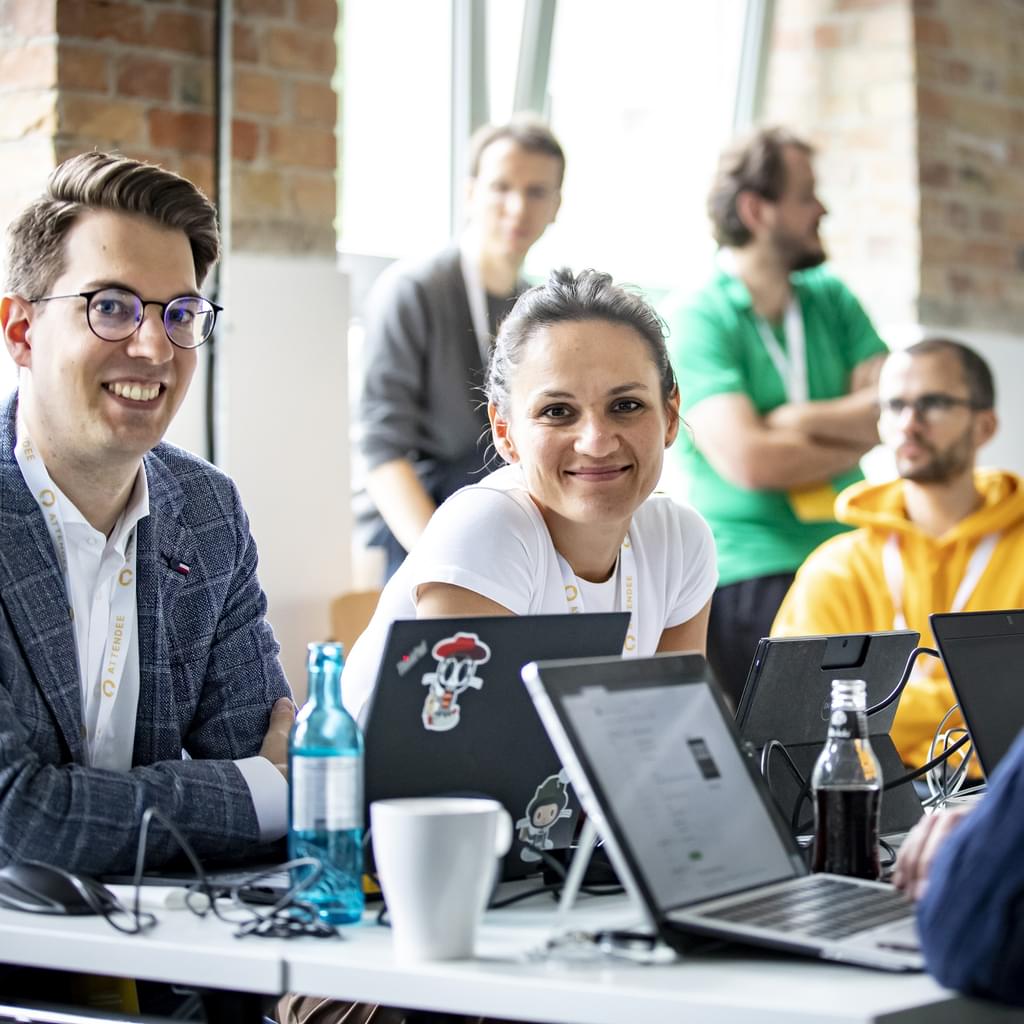 “We would not be where we are now without them,” Kozlowski said. “The project either would have gone south or taken a lot longer. It was nice to have a team with an outside view looking at the overall project and being able to say with technical expertise, ‘This is why you want to do these things,’ versus coming kind of from bottom up and saying, ‘On our team we do it this way, so we should do it this way across the organization.’ It’s been amazing, honestly.”

For Premila Anand, director of support operations, the best part about using Zendesk has been the professional services engagement. “This was not a one-size-fits-all migration and ramp-up,” she said. “It took a deep understanding of how we work and guiding us toward a best-practices implementation that took into account our unique requirements. It was just great.”

Being a company founded by and for developers, GitHub has made extensive use of the Zendesk API to integrate with various functions across the organization. Given the deeply technical nature of GitHub’s customers, for example, it’s no surprise that the first line of defense for support is the vibrant developer community itself via a community forum and Twitter. “Zendesk Support is used when a question cannot be answered by the community,” Kozlowski said. 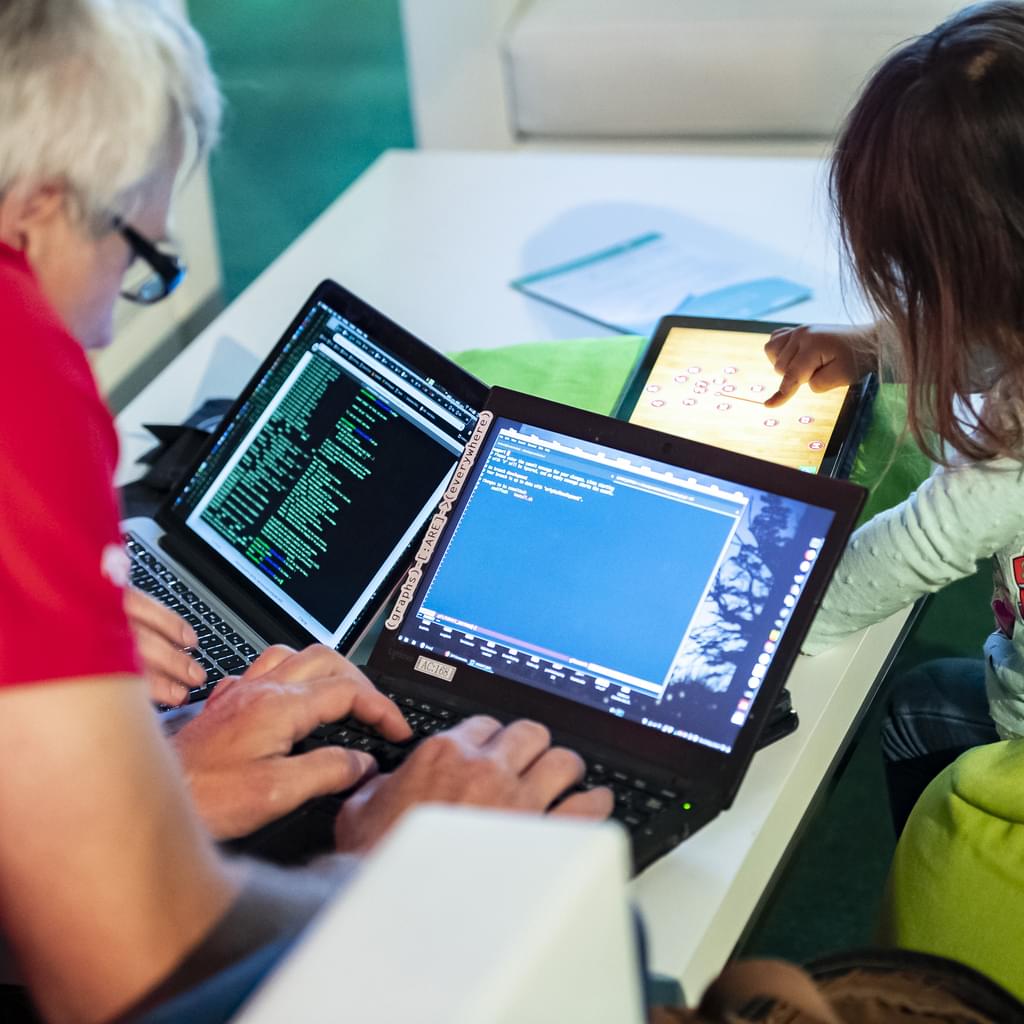 “The most important integration we use is the API for ticket creation,” said Anand, and all of those tickets—for both enterprise and developer support channels—will be created using the Zendesk API by mid-year 2020. GitHub also takes advantage of Zendesk’s native integration with Slack to enable collaboration between teams that may not be in Zendesk every day, allowing people to remain in their primary environment while engaging in cross-team discussions using Side Conversations. “A lot of cross-team collaboration occurs in GitHub, but when we need a lightweight option for transient discussions, our teams rely heavily on Slack. Side Conversations lets us initiate these discussions in either a Zendesk ticket or in Slack,” Anand said.

Additional integrations include a custom app that allows support engineers to pull documentation as needed from GitHub HelpDocs, open issues in GitHub, and utilize the problem/incident model to facilitate handling of DMCA takedown requests. An urgent-ticket process for enterprise support automates ticket assignment via ChatOps, built with GitHub’s open source automation bot, Hubot, and the Zendesk API to assign tickets to the next available person in the queue.

Teams across GitHub are exploring Zendesk Guide, Talk, Chat, and Sunshine to further streamline and unify operations as the company grows. “In the future we’d like to explore the possibility of aligning customer health data in Salesforce and Gainsight with Zendesk using custom objects to surface this information in the ticket or in the user profile in Zendesk,” Anand said.

“What we’ve gained with this move is a better understanding of baseline metrics,” Anand said. “Before the move to Zendesk, it was really difficult to understand key metrics like the number of one-touch resolution tickets by category, response times, and CSAT. What Zendesk has allowed us to do is put together a really solid strategic plan moving forward to address those areas.” 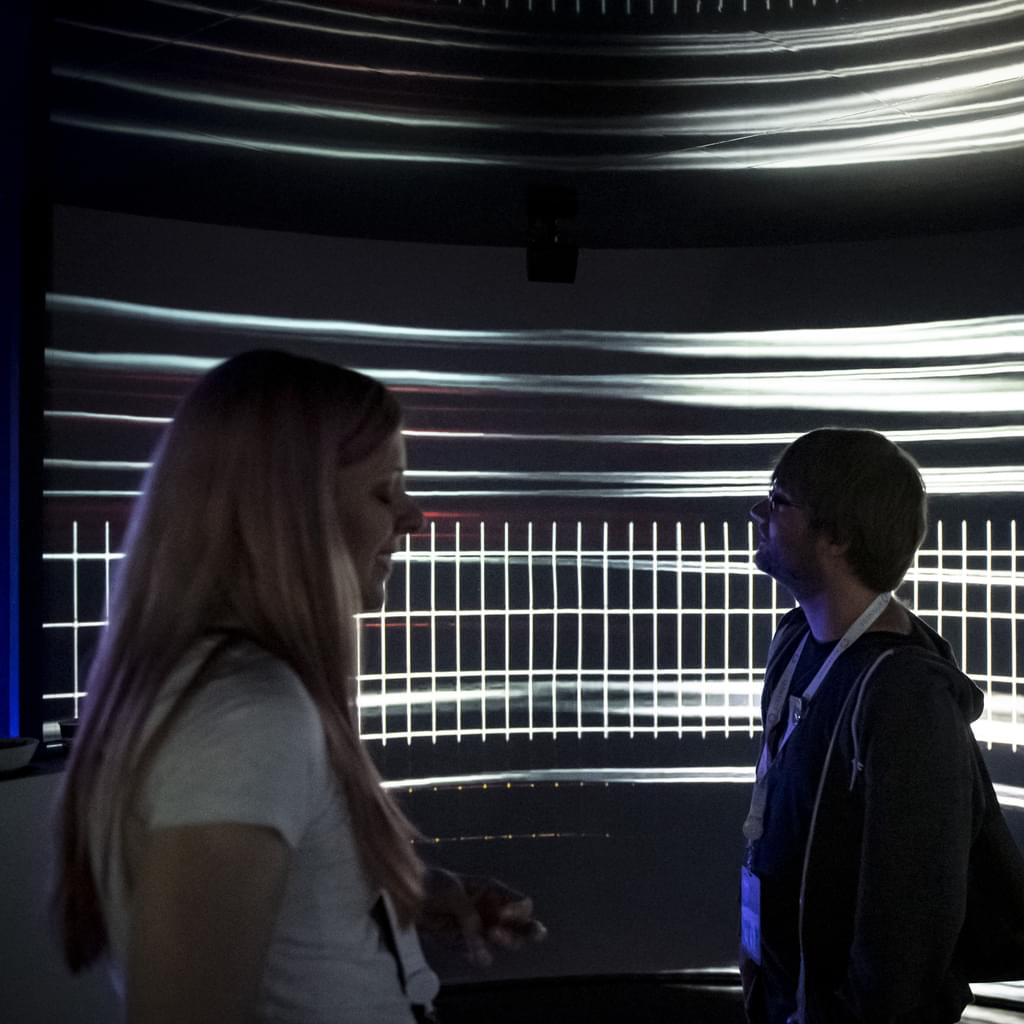 GitHub’s data is cleaner, she said, because it’s not in disparate systems; support is able to track “lots of things” it was not able to track previously so the company can begin understanding trends, discovering overlaps, looking at response times, and adjusting support resources based on ticket volumes.

The move to a consolidated platform that provides coherence is giving GitHub room to keep growing its support operations, without heavily relying on engineering resources.

“Halp was created almost 10 years ago and worked perfectly well when our user base was much smaller. GitHub has grown so much since the launch of Halp that it became really challenging to scale and plan for growth,” Kozlowski said. “We also weren’t able to survey customers following interactions with them. So while we lost some GitHub-specific things when we switched over to Zendesk, we gained a lot of great customer experience tools that we could layer on without a huge engineering lift.”