Software for lead and opportunity scoring

Focus on the highest value leads and opportunities.

Zendesk Sell allows you to assign leads a score and prioritize them based on historical data, so your sales reps can focus on high value prospects. Using demographic, firmographic and channel inputs collected in Sell, your team will know where best to spend their time.

Automatically assign leads a numerical score informed by characteristics of historically successful leads. Scores can include almost any variable on the lead record such as lead source, contact information and firmographic data. 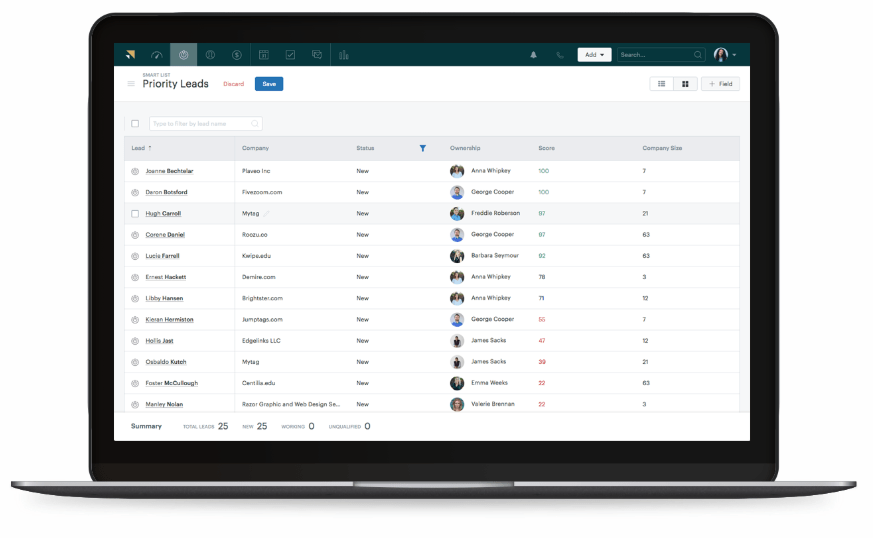 Both lead and opportunity Smart Lists include scoring and a number of related data points, so you can sort and filter quickly through thousands of records to understand and prioritize your prospects.

Take reporting to the next level with Sell