Online education platform Thinkific moved its support team from Freshdesk to Zendesk for stronger reporting, reliability, and functionality. Investing in CX gives the company a competitive advantage: clients report choosing Thinkific for its high quality support. From shorter reply times to better UI, these positive customer experiences translate into an average CSAT over 91%. 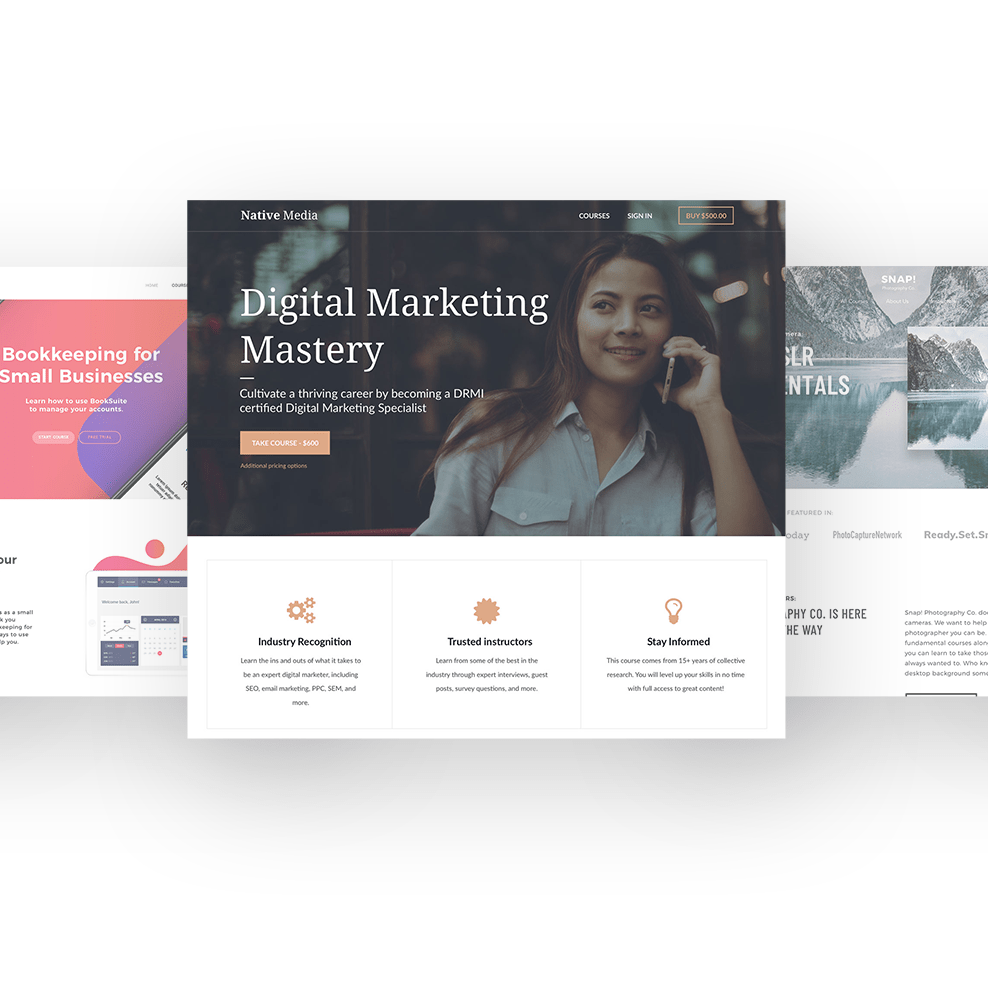 "We often have people switch to Thinkific from other platforms because our support is really great."

Director of Customer Success at Thinkific

"It has been really great to be able to have a tool that does everything that we need it to do. We’ll definitely be growing a lot with Zendesk in the future.”

Tickets replied to in an hour

Tickets answered in under 8 hours

Greg Smith was in the middle of trying to move his LSAT course online when he decided to build a platform that would help others do the same. Along with three others he founded Thinkific, a platform that makes it easy for entrepreneurs to build, market, and sell online courses. For Thinkific, making it easy means anyone can get started, customize the platform to their needs, and grow an online course business, without any advanced tech knowledge.

“One of our core values is being ‘fanatical’ about customer success,” said Katerina Graham, a project manager at Thinkific. That means working over 1,000 days straight to reach the bottom of the team’s inbound support queue until only 20 tickets are left unanswered at the end of every day. It also means having every employee spend time contributing to replies weekly in collaborative, cross-functional groups. That intense focus on customers is part of a strategy that the company’s director of customer success, Veronica Howes, says has a literal payoff. “We often have people switch to Thinkific from other platforms because our support is really great,” Howes said. 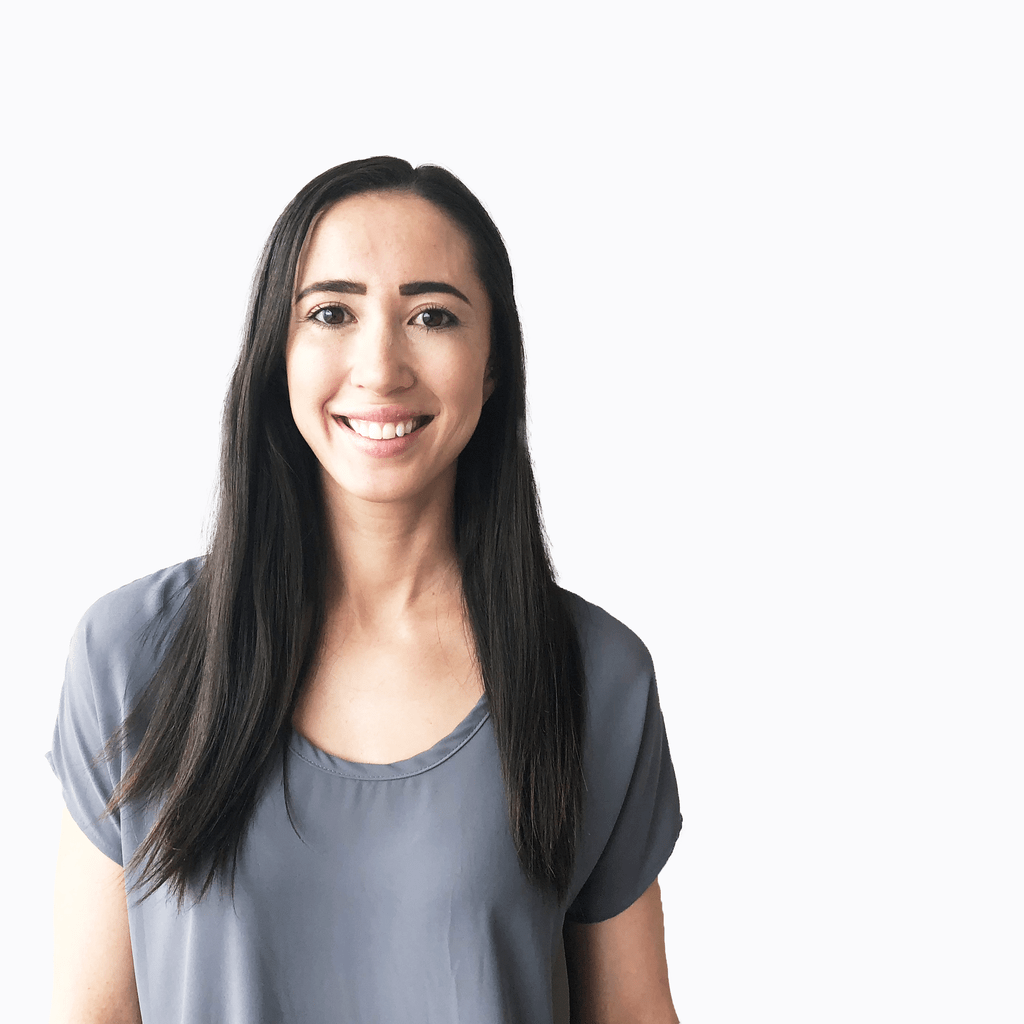 Thinkific’s customers benefit from a website full of comprehensive training, live webinars, and group coaching sessions on how to use the platform. The company has a 96 percent ticket deflection rate, which happens to match the percentage of tickets its support team can answer in under eight hours. Members gather in the company’s 22,130-strong Facebook group to network and provide each other advice. In short, Thinkific has succeeded at making its customer experience a differentiator, earning it a Silver Stevie Award.

What did it take to get there? A lot of elbow grease, a new support platform, and Thinkific’s trademark customer success monomania.

Not too long ago, agent productivity tracking at Thinkific involved manually loading response times into a spreadsheet; agents used an interface so glitchy, they frequently had to clear their browser cache; and not only customers, but agents themselves struggled to find the very help center articles they had written.

Meanwhile, Thinkific discovered that the customer service software it was using, Freshdesk, had reporting, reliability, and search functionality limitations that were causing widespread agent vexation. And when Thinkific’s product team built custom apps to provide agents with more customer information, it also encountered setbacks. “The apps didn’t really work as expected and the product team couldn’t get the support it needed to troubleshoot them,” Howes said. 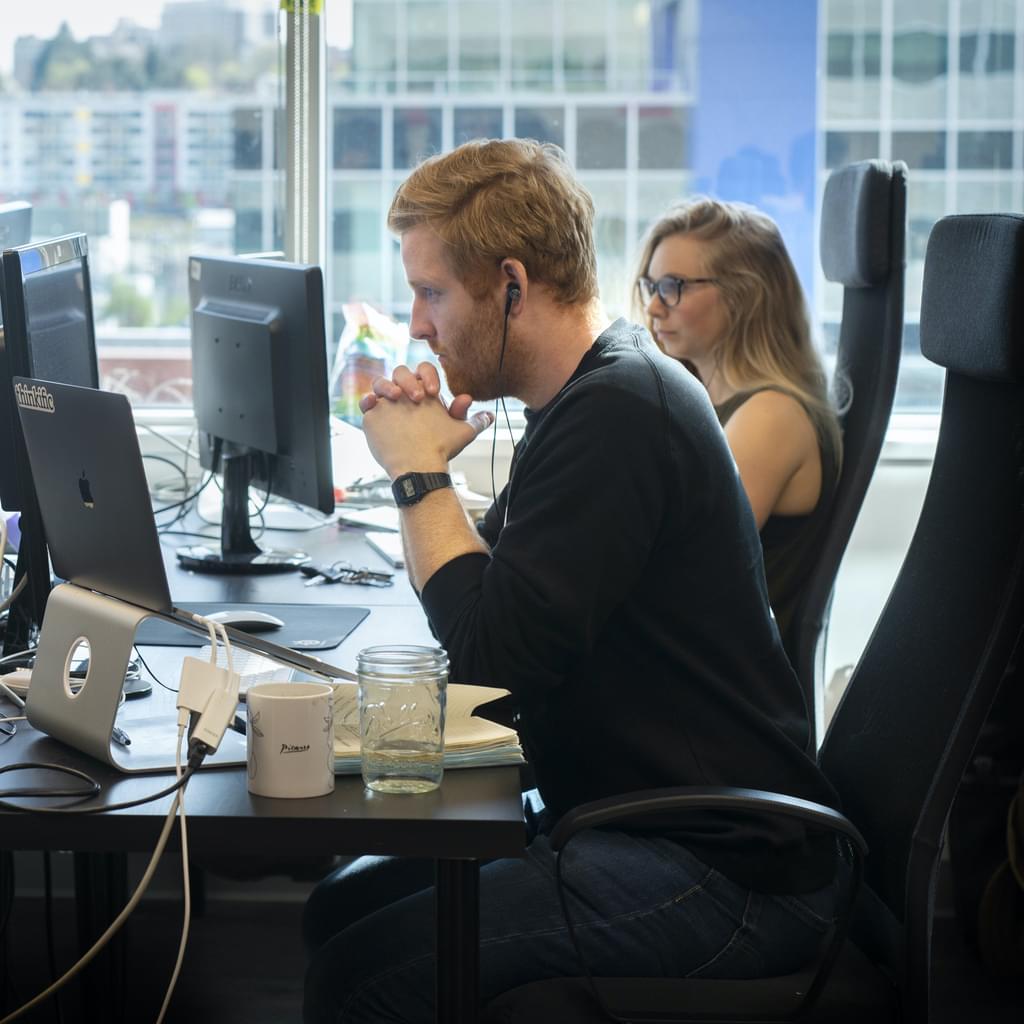 That was in line with Howes’s own experience. “I always found their support really frustrating. They were fairly quick, it just was never the answer that I wanted,” she said. This was especially true when Thinkific reached out about user interface (UI) updates that would break agent workflows.

When using Freshdesk’s new interface became mandatory, Thinkific decided to look for an alternative. “Being forced to use the new UI was the tipping point for us,” said Graham. “There were other frustrations building up to that point, but the daily challenges related to using the new UI made it very clear that we needed to prioritize exploring other platforms.”

Sloughing off the frustration with a new solution

Graham was tasked with finding the new solution. She started by surveying the support team and other internal team leads to understand what Thinkific needed from a workflow, reporting, and knowledge base perspective. After months of evaluating options including Help Scout, Zoho Desk, and Supportbench, Graham said moving to Zendesk was a “no brainer”—and it helped that her CEO recognized it as “the market leader.”

Next steps were to migrate data, redesign the help center, and train agents. Outside of relying on internal resources, Thinkific used Help Desk Migration. Graham said that self-implementing was a boon to the team. “Doing the migration ourselves gave us an opportunity to audit a lot of the things that we had set up previously,” she said. As they started setting up business rules, Howes noticed that Zendesk was easier to use. “A lot of the conditions just make a lot more sense,” she said. 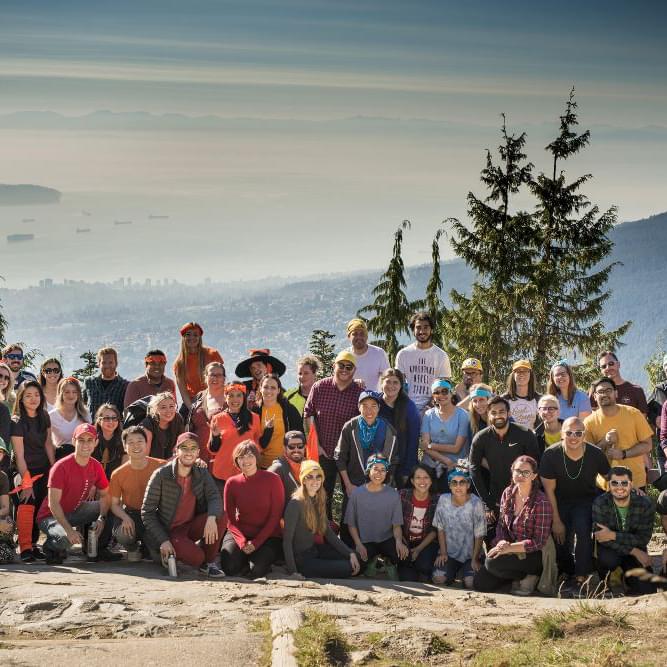 The team made a “seamless” transition over to Zendesk a month later. The only surprise? A lack of questions. “Before we implemented Zendesk, developers and other employees at the company used to ask why they couldn’t get into Freshdesk. After implementing Zendesk, it was quiet. Really quiet,” Graham said.

From frustrating to flourishing

The absence of complaints about performance issues, Howes said, was also the first thing she noticed. Another was how much faster agents could work.

“The first day we started using Zendesk, our fastest agent, who normally resolves twice as many tickets as anyone else, said immediately that she was now even faster. Zendesk’s workflows and UI are designed for efficiency,” Howes said.

Thinkific’s team calculated the return on investment (ROI) of switching to Zendesk by determining that agents could resolve 2.5 more tickets per day, which translates to one less headcount.

Thinkific’s engineers and product team reported how much easier it was to extend using the API and apps marketplace. “Our developers and our chief technology officer looked at Zendesk’s developer docs and said, ‘This is so much better than what we had in Freshdesk,’” Howes said. “Having the ability to plug anything into Zendesk has made it super, super easy for us to get everything we need.”

Making data-based staffing predictions became possible, too. “What’s really great about Zendesk’s API is that it allows us to export data,” Howes said. “We can then see it in our data warehouse and project our revenue growth, customer growth, and then ticket volume growth so that we know how many agents to hire.” 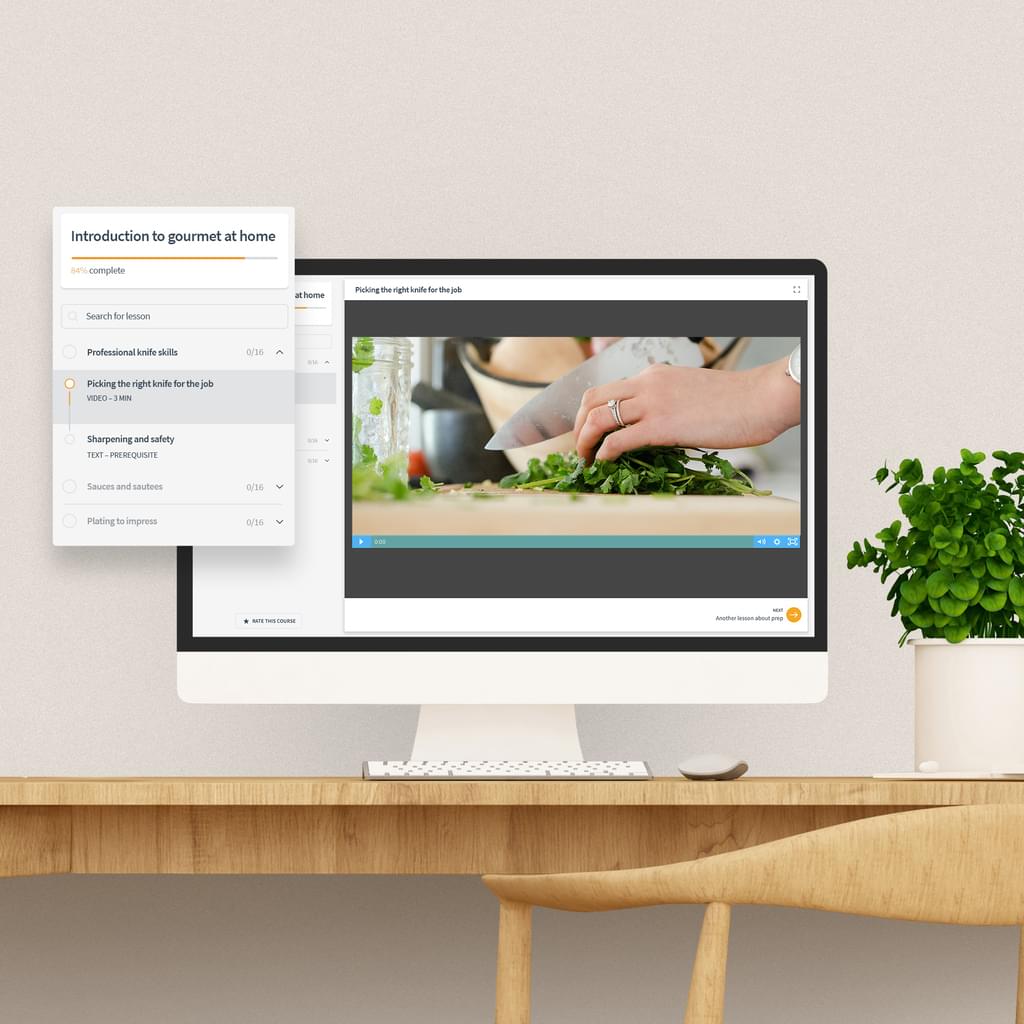 Meanwhile, Thinkific is using Zendesk Explore to understand the overall team’s performance, and empower individual support agents with their own metrics so they can track how they are doing. “Explore has been awesome from a reporting standpoint,” Graham said. “We have so much of what we need available for us to be able to build reports.”

The reports offer feedback that make it possible to grow and improve the way that Thinkific offers support, and that feedback goes both ways—the partner relationship between Thinkific and Zendesk helps Zendesk grow in return.

That partnership has blossomed way beyond support. Thinkific’s chief technology officer has spoken to Zendesk engineers about its infrastructure, its instructional designers have been in touch with Zendesk’s customer education team, and its support gurus have collaborated with Zendesk’s storytellers. These organic exchanges between teams have strengthened the bond between the two companies, allowing each to make informed improvements.

As for Greg Smith? He is using Thinkific too, making use of data from 11 million courses to help course instructors understand how to keep students satisfied.