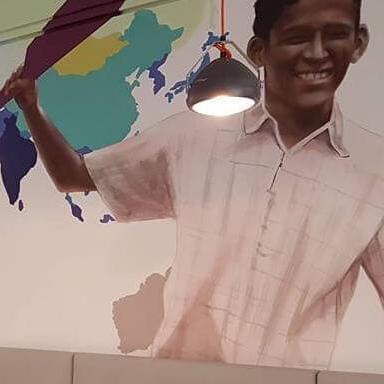 “The Zendesk API is very solid, so it’s easy to work with.”

“We’re building this ‘Voice of the Customer’ dashboard where we’re going to have all the contact reasons selected by the users. We can see which platform was used and even by the version of the app the user was on when they reached out. We can use that data to build a stronger product.”

Whether you live in Berlin or Buenos Aires, Cape Town or Caracas, chances are you’re facing one of modern life’s recurring problems: admitting that the expensive stationary bike you bought to get into shape has become a clunky, makeshift clothes hanger. Or maybe you’ve just finished Marie Kondō’s The Life-Changing Magic of Tidying Up. Either way, the bike has to go.

Instead of unceremoniously dumping the bike at the curb, you’ve decided to recoup some money by selling it, or even trading it for something you’ll actually use. That’s where OLX can help. Founded in 2006 as a classifieds platform for the buying, selling, and trading of goods and services, OLX serves more than 40 countries. Its sites, like LetGo or OLX India, see an average of 54 million listings per month, with an eye-popping 1.7 billion page views. Purchased by global entertainment and technology investor Naspers Classifieds in 2010, OLX employs 1,200 workers worldwide.

With that global footprint comes complex considerations for taking into account cultural differences and providing multilingual support. Previously, OLX maintained a hodgepodge of in-house customer service solutions. For example, a custom third-party tool was used to cover support for 14 countries. Maintenance of these tools left a lot to be desired, as Cynthia Toral, Product Owner for OLX Global explained. The processes of creating automated notifications and triggers for agents proved burdensome, so Toral set out to find a robust, unified solution that could be rolled out globally.

After reviewing Freshdesk and other providers, OLX chose Zendesk’s omnichannel solution for its easy configuration and ability to be customized using the Zendesk API. Toral felt confident the workflows they could set up in Zendesk Support would help customer service managers prioritize work for their teams.

“That’s something that is not very common,” said Toral, who has been with OLX for more than nine years. “Freshdesk, for example, is very flexible in terms of what you can change, with the code for the help page, but it has no configurations at all for the agent, and that’s something that we need. We want to offer the best possible support and have very satisfied users.”

After implementing Zendesk in September 2014, OLX quickly took advantage of Zendesk’s multi-branding capabilities. With over 90 global sites to support, OLX rolled out 35 instances of Zendesk, customized for different regions and often segmented using the Multibrand feature.

Zendesk allows OLX to easily focus on the channel preferred by its customers instead of using a one-size-fits-all approach. “It depends on the needs of the market,” Toral said. “Let’s take South Africa—we need to have phone support because the African markets have a stronger demand for phone support than email. Everybody has a mobile phone, but not everybody has an email address.”

One channel that has risen to the top in many markets is live chat, and OLX has leveraged Zendesk to proactively initiate chats in service of overall ticket deflection. For example, OLX India has Zendesk Chat embedded in its Android app—so when customers navigate away from an ad posting page, the chat widget pops up to encourage the customer to complete the ad.

“At the end of the day, we wanted to help convince the user to post the ad,” Toral said, and the team is then able to look at the number of conversations they’ve had around an ad posting, as well as the number of ads posted after that proactive interaction.

Another way that OLX was able to reduce the number of tickets submitted was by creating market-specific self-service articles in Zendesk Guide, which led to a 40 percent reduction in tickets globally. The company is constantly committed to try and test the efficacy of different approaches. OLX has also experimented with autocomplete on forms, suggestions based on fields rather than text, and is currently adding a pop-up box with possible solutions to help users find the most relevant help center content for a particular site.

“Let’s say you want to recover your password—we’ll suggest, ‘Please click here,’” Toral explained. “We measured suggested content in every single custom contact field we have on the contact form, and we noticed that we had reduced 30 percent of the tickets for those basic questions.”

With so many sites operating around the globe, data analytics for OLX has proven to be both extremely challenging and absolutely critical. To tackle this task, OLX has begun to take advantage of Zendesk’s API. “We’re building a dashboard where we are extracting data from the API for all the Zendesk accounts,” Toral said. “We’re building this ‘Voice of the Customer’ dashboard where we’re going to have all the contact reasons selected by the users. We can see which platform was used and even by the version of the app the user was on when they reached out. We can use that data to build a stronger product.”

The overall goal is to share the information between countries and regions and to be able to compare metrics from a central source. It’s a work in progress, Toral said. “The thing is, you need to get the information from the customer insights, but you cannot say, ‘Let’s read 200,000 tickets a month from around the globe and see what customers are saying,’” she said. “The only intelligent way to do that is to add a little bit of effort on the user side, so the user needs to select the reason for the contact. Then, with those contacts and those fields, we can create better reporting.”

As Toral sees it, creating better reporting and making life easier for agents will translate into happier customers—and Zendesk plays a crucial role in those efforts. “By having only one tool and everything integrated with Zendesk, it’s easier to have a clear overview of what we are all doing,” Toral said. “We want all of our third-party support and quality assurance-related vendors to integrate into Zendesk so that we have all information in a single place.”