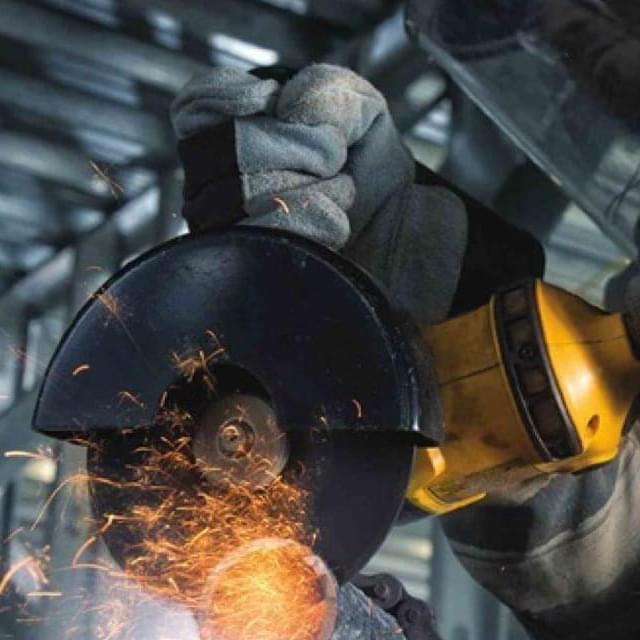 "We wanted a solution that integrated all channels and that gave us the flexibility to implement in the way that we needed."

“Zendesk’s Professional Services team was the real driver for our successful, on-time rollout of Zendesk.”

With deep roots in American manufacturing, along with a growing global footprint, the company sets the standard for tools and storage solutions and continues to drive innovation, disrupting the very market it helped to build with groundbreaking technology and a customer service overhaul. Realizing that customer expectations have evolved over the years, Stanley Black and Decker began looking for a tool it didn’t make: customer service software.

Stanley Black and Decker President Jaime Ramirez had a clear vision on how to evolve as a company to be closer to its end users: by improving the experience after product purchase. Once recognized as a pressing need for the company, the After Sales and Innovation team began working to solve this challenge, said Orlando Gadea Ros, Business Innovation Director at Stanley Black and Decker.

Gadea commented, “We had call centers in Turkey, Argentina, Peru, and Brazil, but they weren’t integrated into a unified ecosystem; we wanted to centralize data so that we can help drive improvements in the business. Our contact centers were not designed around multichannel response, so we didn’t really have a way to answer questions coming in through different channels.”

Gadea had used Zendesk at a previous company and knew the newly formed support teams needed an omnichannel support solution that would offer live chat, phone, email ticketing, and a knowledge base to deflect common questions.

“We needed something flexible and easy to implement, which I remembered from my previous experience with Zendesk,” he said. “We wanted a solution that integrated all channels and that gave us the flexibility to implement in the way that we needed.”

Speed of implementation was important since, collectively, the teams handle an average of 10,000 tickets each month. Within three weeks of signing off on a suite of Zendesk products that include Support, Guide, Chat, and Talk, the globally distributed Stanley Black and Decker support teams were up and running on all channels after only a single day of training.

To help achieve this, Stanley Black and Decker engaged the Zendesk Professional Services team. Implementation accounted for multilingual support from the get-go. Agents support customers in English, Spanish, Portuguese, and Turkish and plan to add Korean, Chinese, and Russian-language support in the coming months. Meanwhile, the company has also integrated more than 50 Facebook pages into Zendesk Support, creating tickets from messages sent via Facebook Messenger to ensure that all customer concerns are captured and accounted for in the support process.

“I would use the word ‘efficiency’ to describe Zendesk,” Gadea said. “The Zendesk Professional Services team guided us by the hand so that we knew what key things we had to be doing. We haven’t needed to go back and make any major changes to any market’s set up.”

Within three weeks of signing off on a suite of Zendesk products...Stanley Black and Decker global support teams were up and running on all channels with only one day of training.Fast implementation, at Stanley Black and Decker Another key component of Stanley Black and Decker’s strategy was to implement the Zendesk Web Widget on its support pages to help capture sales. “Black Friday happened three weeks after we launched,” explained After Sales Experience Manager Carlos Jaimes. “In Colombia, we ran out of merchandise in several stores on the first day, but we were able to redirect traffic to other stores using the web widget and chat.” The end result added up to a 500 percent increase in sales over the previous year.

Part of Zendesk’s appeal came from its ability improve agents’ workflows with macros and triggers. “We’re routing all calls with triggers, and we created our own contact forms based on different conditions,” Gadea said. “We trigger the form a customer is going to use, and that provides a path for our agents to fill out the information that’s needed, eliminating extra work.”

The company has taken advantage of the Zendesk Apps Marketplace and uses a range of apps that include: Show Related Tickets, Download Recordings, in addition to the Knowledge Capture app in Zendesk Guide.

“I think the Apps Marketplace is a key component of Zendesk,” Gadea said. “Being able to use outside providers and third-party apps was important to us.”

With Zendesk Guide and the Knowledge Capture app, Stanley Black and Decker is able to deflect tickets—a big deal since between 40-60 percent of all website visits are to the company’s support pages. The Knowledge Capture app, in particular, has allowed support leadership to easily collaborate with marketing to provide the right help content for each region. Efficient workflows have allowed the team perfect adherence to its 1-hour first response time SLA; often, the response is closer to 30 minutes. With faster responses, and streamlined processes, customer satisfaction is climbing. The team’s benchmark is 85 percent, and the average is closer to 90 percent.

In 2018 and beyond, the team expects monthly ticket volume to double. “We’re not worried about the technical end,” Gadea said. “We’re confident that Zendesk will allow us to service the rising ticket volume.”

That level of confidence stems from personal experience. When Gadea visited a call center in Turkey, he was able to train agents, through a translator, in a single morning. “I don’t speak Turkish, so I was using somebody from our company who translated everything,” he said. “The agents like Zendesk so much that the owner of the call center asked me to put him in contact with Zendesk so that they could migrate some other operations and teams to the solution.”

While Zendesk’s ease of use has helped the company in its expansion to emerging markets, Support’s analytics are also vital to keeping Stanley Black and Decker’s president and other high-level executives informed about the state of the business’s customer service efforts.

“It’s been amazing to showcase what technology can do and what we can be doing with real-time, live data—Zendesk helps us to be efficient, and without having to employ a large budget,” Gadea said.