Spartan Race’s rapid growth propelled them from their email-based support to Zendesk. Adding retail to their event-based brand, they faced new customer service challenges. See how they scaled their support and increased their success in online sales with Zendesk. 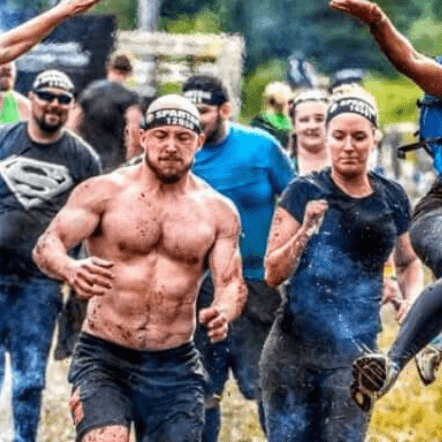 “The native reporting informs us when we need more resources, and when we can scale back during less busy times...”

“...When I’m trying to figure out how to do something, there always seems to be a solution. Shopify is a great example. With that integration, we saw immediate agent productivity increase. It’s been a really positive experience.”

Spartan Race started in the green mountains of Vermont as a single race. Today the company is a world-renowned lifestyle brand with its own gym, television specials, and retail line of athletic clothing and gear. The brand has fostered a community of like-minded Spartans who believe in a good challenge and the power of transformation.

As the company expanded its races out to more than 30 countries, it needed a support system that could scale alongside its rapidly-growing customer base. Aja Varney is Spartan Race’s Customer Service Director, but she was once the company’s sole customer service representative. “We had used a very basic ticketing system that had limited capabilities other than pooling emails into a shared inbox,” she said.

That worked fine for just one person handling a couple hundred emails a year, but by 2016 Varney was overseeing a team of 15 agents handling as many as 270,000 emails per year, in addition to a number of regional teams around the globe. The bulk of that volume came from participants with questions about registration and other race logistics, and with over a million Spartans racing in 2016 alone, they outgrew their prior ticketing system.

“We needed a more robust solution to help us focus on our customer and really enhance that experience,” Varney said. “Zendesk stood out to us because of its focus on global scalability. Zendesk seems to always be a step ahead and know what we’re going to need next.”

Varney’s team was particularly drawn to Zendesk Support’s reporting and analytic capabilities that would enable them to easily measure customer satisfaction. “Originally, there was no way for us to measure that or to report on it,” she said. “We had to try and figure out how to do it ourselves, being such an important part of our business.” The team now views trends in volume and satisfaction alongside racing schedules, so that they can staff accordingly. “The native reporting informs us when we need more resources, and when we can scale back during less busy times,” Varney noted.

Since implementing Zendesk Support, there has been a major initiative to improve workflows for each support channel. The team set service level agreements (SLAs) for each channel, along with triggers to warn managers if a ticket is in danger of missing its goal. Varney originally set the SLA for social media tickets to be responded within four hours but found that with Zendesk Support, that was more than enough time. “Support has really helped us dial in our processes,” Varney said, “to the point that we’re answering social tickets within 20 minutes or less, which is outstanding.”

The team also offers live chat support through Zendesk Chat, which helps draw email tickets away from what once felt like an overstuffed inbox. “Without chat, our email volume grows 10-15% each year as we expand,” Varney explained. “But over the last two years, since we’ve been using Chat, we’ve seen our email volume flatline. A growing number of our customers prefer to use chat to get an immediate response to simple questions.”

In the U.S. alone, Varney’s team handled 230,000 tickets in 2016. Of those, 58,000 were chats and 5,000 were Facebook messages—another growing channel. The team’s average customer satisfaction rating clocked in at 93% positive ratings. “We were psyched about that,” Varney said.

Boosting sales with the Shopify integration

As a lifestyle brand with a large following, the team now handles a high volume of requests related to their online retail store. At first, the team was logging into multiple platforms to collect all relevant information about a customer’s requests. Then, they integrated Shopify into Zendesk Support to centralize their customer service and ecommerce data. “We had a party when that happened,” Varney said. “Now we can stay within the Zendesk world and be able to see all the information that we need. The Zendesk integration with Shopify increased our efficiency by 15%.”

Additionally, by adding live chat to their online store as an additional channel, Spartan Race saw a 27% increase in retail sales and a 97% customer satisfaction rating for live chat contacts. Varney added, “We’re getting through tickets faster, and customers are happier because we’re able to respond more quickly.”

As Spartan Race continues to grow, Varney’s team plans to streamline their support by seamlessly translating tickets and help center content into racers’ local languages. They also appreciate how easy it is to update FAQs without the help of a web developer. “Zendesk products have made my life much easier,” Varney said, “because when I’m trying to figure out how to do something, there always seems to be a solution. Shopify is a great example. With that integration, we saw immediate agent productivity increase. It’s been a really positive experience.”