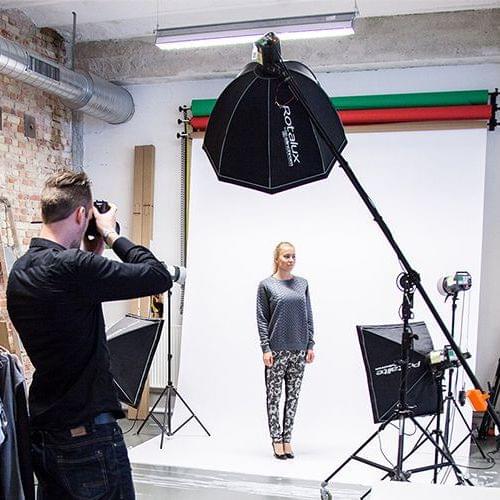 “Zendesk Support provides us with a clear overview of the most important KPIs for our business. It’s a vital part of our operations at Miinto.”

“By getting Zendesk Support, we’ve really been able to optimize our work. It has saved us money and contributes to the revenue of our business.”

​​It’s 6 p.m. and Carolina is making sure the windows of her fashion store look just right for the new summer collection. The display catches the eye of a lady walking by and she makes a note of the store’s name. Once home, she hopes to go online and browse through the collection.

Enter Miinto. Founded in 2009, Miinto is an online fashion platform where retailers with physical fashion boutiques can sell their unique collections online to customers across Northern Europe. To date, Miinto has connected millions of visitors with thousands of retailers just like Carolina.

Miinto.com was developed from an idea generated by Danish entrepreneurs, Mike Radoor and Konrad Kierklo. Since then it has grown to serve 3 million monthly visitors across Scandinavia and the Netherlands. The team of 75 are spread across offices in Amsterdam, Copenhagen, Oslo, and Stockholm. The company has grown to yearly revenues of €50m. Konrad Kierklo, the Group CEO, is pleased with the company’s success—and rightly so. “For 6 years, we’ve had double-digit revenue growth while being profitable each year,” explained Konrad.

Only the best for fashionable customers

With such impressive performance, it’s only logical that the company’s customer service team keeps pace—and they have. Maja Wikke is the customer care manager for Miinto. For the last four years she’s worked alongside Eveline Poetsema, the operations manager, to manage a team of 30 supporting the Miinto customer base across four languages.

The team previously used a Danish help desk ticket system. “We used to work with another vendor, a very old-fashioned program to manage our emails. It was only compatible with Windows,” said Poetsema. A lack of flexibility and trouble accessing their data meant it was only a matter of time before they looked elsewhere. “We had to have a Windows machine just to get the statistics and see how people were performing. Now, with Zendesk Support, we get a complete overview and I can quickly go in and pull the data I need. It’s a lot easier,” explained Wikke.

Not before long, Poetsema found herself at a Zen. U event in Amsterdam. “I was immediately convinced that Zendesk Support would help us out greatly,” said Poetsema. After setting up Support for the Netherlands, she worked with Wikke to roll out Support to all of their markets. Together, they realized the potential of Support was so much greater than their previous system. “I see our old system as just an email platform. Zendesk Support is so much more,” said Wikke. “For example, with Zendesk Support you can measure how satisfied your customers are. Plus, there’s always new features to try out that make our team better.”

Besides serving customers in four languages, Miinto has to serve two distinct customer groups. On one side are the individual fashionistas who seek the perfect outfit. On the other are clothing retailers, looking to expand their business online. While both groups have distinct needs, Miinto knows the perfect formula to please both. “It’s key that we make it as frictionless as possible for our customers to contact us,” said Wikke. “It needs to be easy, and they need to reach us in whatever channel they prefer. Whether that’s by phone, email, chat or on social media.”

On an average day, the Miinto team manages 700 phone calls and around 300 emails. For the last year, they have been using Zendesk Chat on their Dutch website. “We’re very positive about Zendesk Chat,” said Poetsema. “It has reduced our call volume by 40%, which is huge for our business. It’s more effective because our agents can have several conversations at the same time.” The live chat team has become more efficient thanks to Chat shortcuts. They can now respond to frequently asked questions at the click of a button.

Chat has proven critical during Miinto’s mid-season sale, known as ‘Shopping Spree’. The team extended their operating hours for their live chat channel during the sale. “During this time, we actually employed less staff to answer our customers’ questions. Our agents are more productive with Zendesk Chat,” explained Poetsema. This has provided valuable savings for Miinto.

In such a dynamic customer service department, it’s vital to keep the team informed. Even more so, it’s key for new employees who enter the Miinto world for the first time. Poetsema launched a help center to share knowledge captured amongst the team. “If a new employee reads our internal help center, they will easily know half of the answers they’ll need,” said Poetsema. “It really helps us to quickly educate our employees about our business.”

Competitive opportunities in superior service in

The Miinto team sees customer service as a competitive differentiator. “If we don’t deliver, our customers will go somewhere else to shop online,” said Wikke. Customer feedback is what drives the Miinto business forward. Feedback from their Support-powered customer satisfaction surveys highlighted a frustration experienced by their retailers. “Feedback showed our retailers were finding it difficult to prepare their orders for shipment. This affected the end-customer since they had to wait longer for their order,” said Wikke. By sharing these insights with the development team, they released a new shipping integration. “Now a retailer can ship an order from our platform and print the shipping label. At the same time, customers get their order tracking details a lot quicker. This feedback wouldn’t have been brought to light without Zendesk Support.”

As Miinto expands, Wikke and Poetsema are confident they will grow with Support. “By getting Zendesk Support, we’ve really been able to optimize our work. It has saved us money and contributes to the revenue of our business,” said Wikke. “I also think retention is one of the most important things at the company. Acquiring new customers is way more expensive and less efficient than retaining your existing customers. Zendesk Support and Chat help us to retain more customers,” concluded Wikke.