How not to be an asshole in the office kitchen 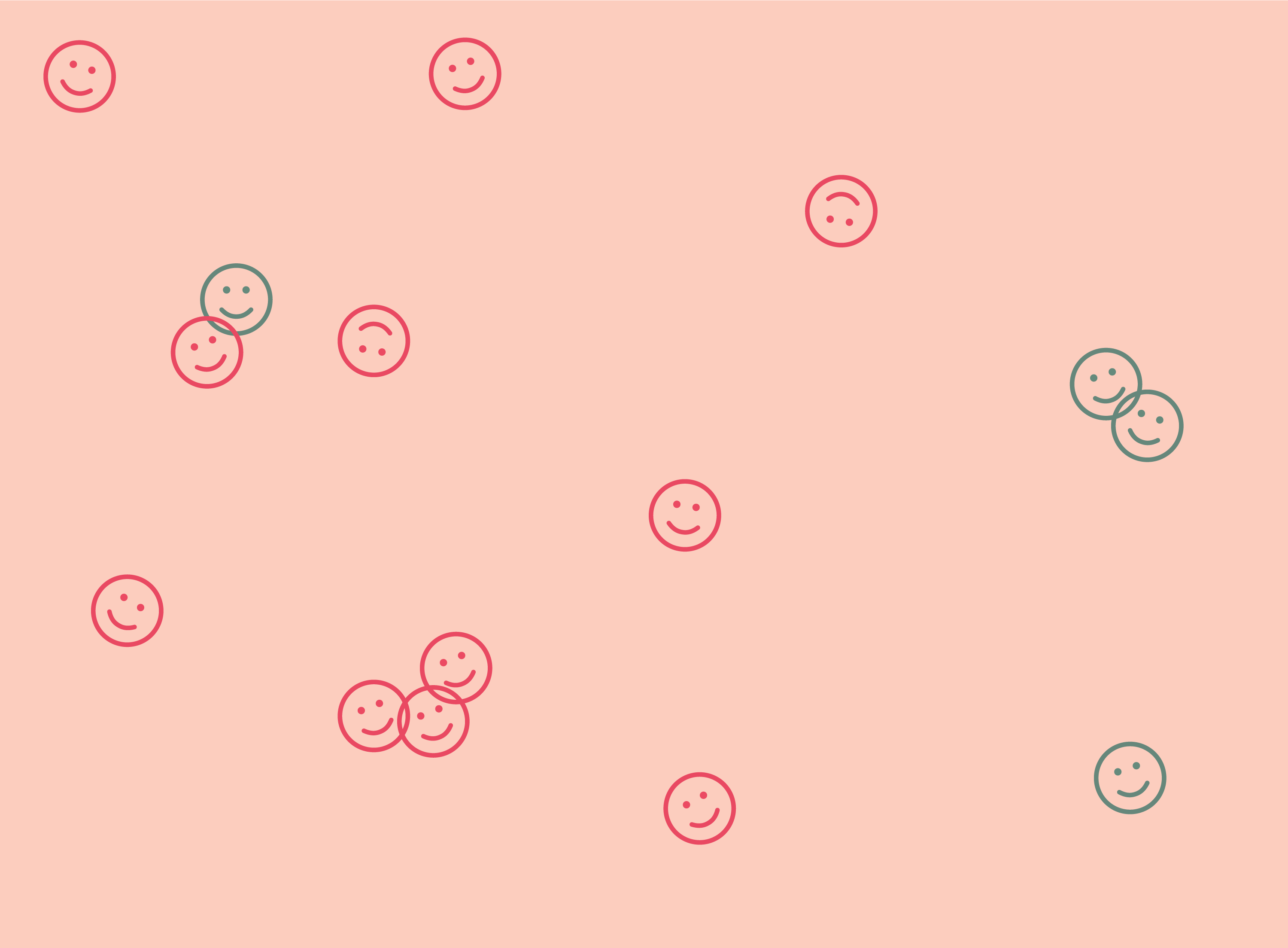 Not all office kitchens are created equal. Some are simple and clean, filled with the necessary appliances: microwave, fridge, and coffee maker. Others are more elaborate—healthy eateries that are heavy on the options the way Salt Bae is on the Maldon flakes.

Regardless of the space you’re fooding around in, the fundamentals of good office kitchen etiquette are universal. After a brief and anonymous poll of kitchen complaints from friends and coworkers, here are six types of kitchen assholes and the behavior that leaves colleagues feeling salty. Hopefully, you’re not one of these offenders.

That glossy white ceramic bowl that you left sitting in the kitchen sink eight hours ago is now infused with semi-crusted, semi-pulpy Cheerios and a half-eaten banana that resembles yellow cream slush. Only hard sponge-loving could possibly salvage it now. Not only have you made that bowl harder to wash, but you made it more difficult for someone else to wash.

The solution is simple. To stave off the death glares and passive aggressive comments from coworkers, just rinse your dishes and put them directly into the dishwasher when you’re finished. Word is that company kitchen behavior is often directly correlated to work success, so maybe you’ll get that promotion if you stop being a dirty disher.

Intentional or not (I truly hope it’s unintentional), food that has been swiped from the fridge is a level 7 on the scale of assholery. I’m not quite sure how food goes missing in any decent workplace, but there’s an easy fix for those offices where food thievery is a thing: set up a designated space for any food that’s up for grabs. That way, no one gets confused about the bag in the fridge that says: Please, don’t eat.

I shouldn’t have to tell anyone that it's not cool to devour someone else's homemade stir fry, but if you're feeling that devilish urge, take the advice I received from a coworker: Bite your fist. Scream into paper towels in the bathroom. Go into the stairwell and bang your laptop against your forehead. All of these options are better than the food crime you were about to commit.

I shouldn't have to tell anyone that it's not cool to devour someone else's homemade stir fry.

You know what a fridge is good at doing? Keeping food fresh. You know what it’s not good at? Keeping your tuna salad fresh for two months. It’s possible you’re the reason why there are food swipers lurking about your office. They might even think they’re doing the office a favor—protecting everyone from the rancid aromas of rotten food and the creatures it might attract. One coworker reported finding a dead mouse in her previous office’s fridge. I REPEAT: A DEAD MOUSE.

Just like people who “forget” to eat lunch, I don’t trust food neglectors and neither should anyone else. That being said, while the “don’t take other people’s food” rule is a good one, another coworker pointed out: “If you see an avocado in the fridge for five straight days and it is now Friday, and that avocado is getting soft and facing imminent composting, take the damn avocado. Slice it up and eat it with sea salt and a spoon. Whoever forgot about a perfectly good avocado deserves this and more. Jerk.” Forgetting about an avocado is the cardinal sin of California. And also if you’re a Millennial.

Those dreaded puddles of various viscous fluids. The ones that get dark and sticky. You know what I’m talking about.

This one is easy—if you leave spillage on the counter, wipe it up. Water included. A wise coworker ranted: “Just because clean, fresh water isn't gross, doesn't mean it's not messy—or slippery.” Beyond that, it’s a matter of respect for your coworkers and the cleaning crew, if you’re lucky enough to have one. They may clean for a living, but that’s not an excuse to be extra messy. When you put the mug in the sink, throw out the tea bag. You know it can’t go through the dishwasher. Wipe up your spilled mustard. And if you take the last cookie from the package, throw the package away.

There are many types of mess makers, but quite possibly the worst is the one who eats half a banana and leaves the rest in the fruit bowl to attract those tiny wing-flapping, sugar-loving fruit addicts known as fruit flies that will attack that banana with their diminutive, yet monstrous mouths. Even if you don’t hate the sight of decomposing compostables getting picked at like a carcass in the desert, please cover or reseal any uneaten food. That’s what plastic wrap is for.

There are many types of mess makers, but quite possibly the worst is the one who eats half a banana and leaves the rest in the fruit bowl to attract those tiny wing-flapping, sugar-loving fruit addicts known as fruit flies that will attack that banana with their diminutive, yet monstrous mouths.

That’s right, I said it. If you neglect to brew coffee, you’re a straight up sadist. What kind of sick individual doesn’t make a new pot of coffee after pouring out the last cup? Savages. Degenerates, that’s who. Raised amongst wolves. These are strong words, but to leave your fellow pack without the necessities to survive is a level 10 on the scale of assholery. JUST. BREW. THE. GODDAMN. COFFEE.

A brief anecdote from a coworker: “Once, I was in the kitchen and a VP was making coffee—while also on a very important customer call. He was giving his finest pitch while replacing the filter, so there should be no excuses for others not making coffee.” With this story in mind, if we can all just dedicate a little time and effort to maintaining the communal company coffee, life will run more smoothly for everyone. And lastly, when the coffee is finished brewing, put the lid on so that it doesn't get cold—even if you don't drink coffee. Please and thanks.

While each of the above transgressions should be punishable by law, the passive aggressor is just as bad. When I asked my boss about his kitchen pet peeves, he said: “When the dishwasher is full, I clean my own dishes. Leaving notes can help and should be used as reminders, but if it’s passive aggressive, I will probably ignore it. Notes like, ‘Your mama doesn’t work here, so don’t leave your dishes in the sink,’ don’t work because all I think is, ‘Psht, don’t talk about my mama.’”

Take it from my boss: No one likes feeling manipulated, especially in the kitchen, and especially when you’re just trying to eat some good ol’ avocado toast. And if you need to leave a little public service announcement on a Post-It, at least make it direct and straightforward. “Then, I listen,” he said.

If you need to leave a little public service announcement on a Post-It, at least make it direct and straightforward.

Passive aggressors also show up as food commenters. Crowdsourced advice: Don't comment on other people's food (unless they open the conversation). One colleague said, “The other week someone on my floor opened the microwave, removed a bowl, and said, ‘Gross. I wonder how long that's been in there.’ I replied, ‘Thirty seconds, and it still has 30 seconds to go—that's my lunch!’” Keep in mind that not everyone eats the way you do, sometimes by necessity. Food can be a stressful subject.

How to play nice

When you’re an asshole in the company kitchen, you turn your colleagues into the kitchen police. So don’t put that on them. Be proactive in your cleanliness and your thoughtfulness; don’t fall victim to bystander effect and hope that someone else will clean up your mess. And if you’re concocting some Ugly Delicious food experiments, remember that someone is assigned to sit next to your food lab. Don’t make them want to strangle you.

The kitchen, after all, can be a place of community. So, look around: next time you’re in the office kitchen, will you leave it as you found it, or better?

In a time when we’re all inundated with self-improvement advice on how to go from good to better, maybe what we need is some help being… less annoying.