Every body tells a story. What does your ink say at work? 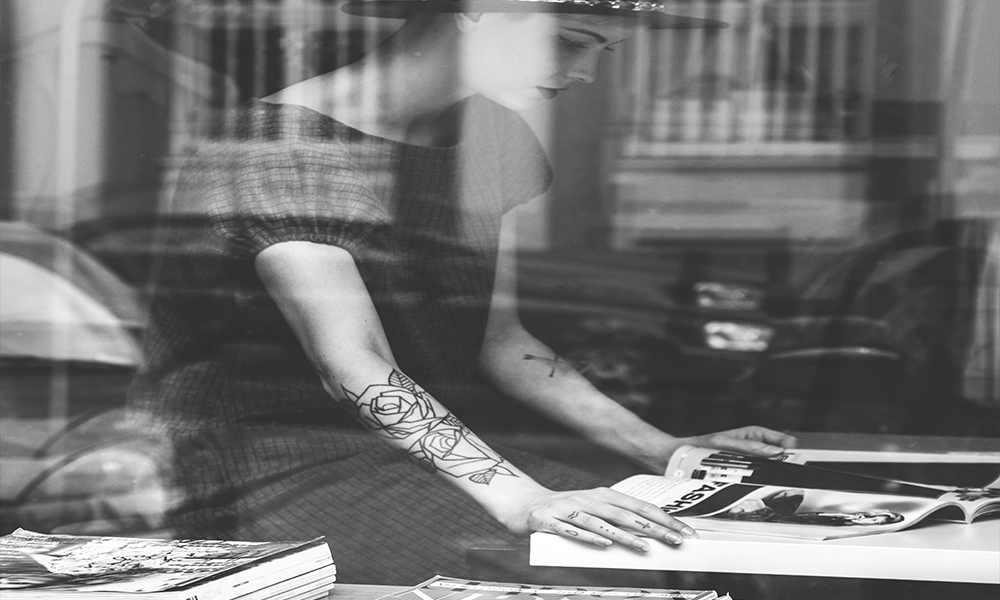 Every person has a story. Every body has a story. Our skin color, our hair texture, our height, and our weight—all tell a story about who we are. Genetics play a major role in our story, but there is also the tale we tell by our purposeful adjustments to Mother Nature’s work.

Blonde hair becomes brown, weight is put on and then taken off, ears are pierced, and skin is tattooed. The things we do to tell a different story than the one we were given.

Just as prejudices cling as a birthright, they are formed by the holes, colors, and individuality we choose. But none may be as permanent, or as polarizing, as the ink marked upon one’s skin.

Just as prejudices cling as a birthright, they are formed by the holes, colors, and individuality we choose.

“Will you cover them all when you get married?” inquired the older woman in the park. “I’m already married. And no I did not.” I said. “Oh,” she sighed, “What a shame."

“But you are such a pretty girl,” my mother implored.

“You just don’t seem like a woman that would have so many tattoos,” said a colleague. “You are so...so...so professional.”

While most people haven’t made the decision to permanently ink their skin, 29 percent of Americans have, says The Harris Poll. 69 percent have two tattoos or more. It seems once you go down this path of self-expression, you don’t stop.

“They signify chapters of my life,” says Elizabeth Schomburg, a tenured and tattooed surgical nurse. “Amazing times and shaky moments. Uncertainty in my youth and a place of grounding in my 30s.”

Almost half of U.S. Millennials have a tattoo and 36 percent of Generation Xers do. Add in a few from the other generations and that means at least 46 million Americans are sporting one. No matter how you feel about tattoos, the chances are high that the person working next to you, the person teaching your child, and the person you are about to hire, has at least one tattoo. Somewhere.

But I’m good at what I do

Body discrimination isn’t unusual, and tattoo discrimination isn’t either. Especially in the workplace. Going way beyond commentary, a Salary.com survey found over three-quarters of respondents thought tattoos (and piercings) hurt a person’s chance of being hired for a job. More than one-third of those surveyed think tattoos reflect poorly upon the company.

Schomburg found that acceptance of her artwork is heavily dependent on the sector. “While my current employer (a county teaching hospital) doesn’t care, certain for-profit facilities require all tattoos to be covered by scrub apparel,” she says. Schomburg recalls a time when she had an inch of ink showing below her scrub sleeve and was immediately reprimanded. “I was told it was against policy and found to be unprofessional in the eyes of management.”

Her former employer is not alone. 42 percent of people think visible tattoos are always inappropriate at work. Among the least tattoo-friendly industries are law enforcement, education, and healthcare. In “Tattoos No Longer a Kiss of Death in the Workplace,” Forbes writer Rachel Hennessey concedes that in industries like healthcare and law, trust is paramount, and likely the cause for concealment requirements.

The chances are high that the person working next to you, the person teaching your child, and the person you are about to hire, has at least one tattoo.

[Read also: Dos and don'ts for marketing with memes]

Keep it off your forehead

Tattoo policies vary from industry to industry, and they are continuously changing. In more progressive sectors—like technology, policies may not exist at all. At the most, they include an ambiguous clause of “appropriateness.”

“Keep it off your forehead,” says Jackie Keer, a recruiting specialist in the tech sector. “We don’t have formal tattoo and piercing language, but we encourage candidates to keep their self-expression non-offensive.” What exactly does non-offensive mean? Keer responses with a laugh. “I’d love to say, use common sense, but that doesn’t always work. Our preference is for an employee to withhold from facial tattoos, and any visible ones depicting nudity, negativity, or profanity.”

“Our preference is for an employee to withhold from facial tattoos, and any visible ones depicting nudity, negativity, or profanity.”
- Jackie Kerr

Offensiveness is subjective, to a point. So are self-expression and manners. But the truth remains that how you present yourself—clothing, piercings, tattoos, hair, hygiene, and behavior—are a representation of who you are. So choose wisely when it impacts work.

So, can you color within the lines and still be self-expressive? Does the story still read the same? That depends. It’s not just the employer’s responsibility to be open-minded about your diversity decision. It’s your responsibility too. Don’t automatically assume that every company is comfortable with your tattoos at work, with your self-expression.

The best advice: Think before you ink. At the time you are inspired to go under the gun, you may not know the profession, company, or path you will ultimately take. Use that as your barometer of where, what, and how big. And if you find yourself happily tattooed and now in the ideal role with a more conservative organization—respect and understand their company views. If you can’t, then it’s probably not the right place for you.

Why we do it in the first place

Certainly, there are some misgivings—whether it be the job or the tattoo itself. It’s estimated that one in seven people regret a tattoo and about 46,000 Americans undergo a tattoo removal each year.

But arguably more are pleased with their ink decisions. Last year The Atlantic released director Angie Bird’s video “You Won’t Regret That Tattoo,” where aging humans express the meaning of their artwork. In many cases, their tattoos represent the best of themselves, the best of their relationships—children, lost husbands, and past friends. In others, it is a memory, an event, or a transition that deserves commemorating. Monica Branson, who lost her husband to illness, lamented on his dying words of “doing too much of what was expected and not enough of what I wanted.” She now does what he couldn’t. “I’ve tried to live the past few years of my life bearing that in mind,” said Branson. “Trying not to do what’s expected, but what I really want to do.” Her first of many tattoos came at age 56.

I waited until my late 30s to start the tattooing journey. I waited until I was certain that my own network, family, and industry would accept them, or at least move past them. My self-expression was worth waiting for, as all my art tells a specific and important story, one with no regrets. There is the ode to the divorce, the daily mantra, the constant reminder, the sister, the forever husband, the passion, and the purpose. There is no end to the story.

Having tattoos at work is not always easy. Only once did I take a job that required daily coverage. Although that is unlikely to happen again, I do cover when I feel it is warranted; I cover when that is the respect needed to be given. When it is a decision coming from a healthy place, there are no misgivings; there is no regret to the relationship with my ink.

Now knowing that coverage is likely and backlash probable, is Schomburg still glad she has her somewhat visible tattoos? “Absolutely,” she says defiantly. “They are the story of a beautiful and hell-bent ride.” 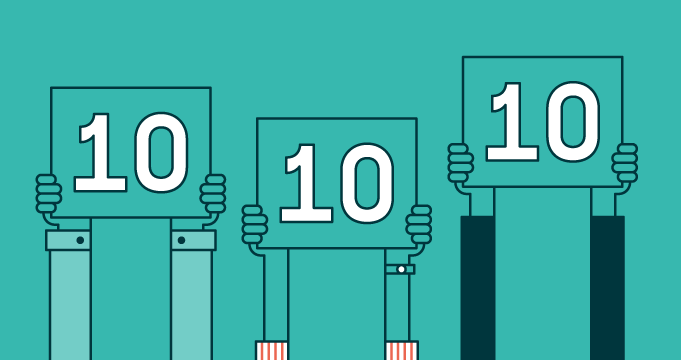 Put your best foot forward with every step

A guide to building a customer-centric organizational culture

Your company’s organizational culture is its identity. Learn how to build a culture that’s all about your customers.