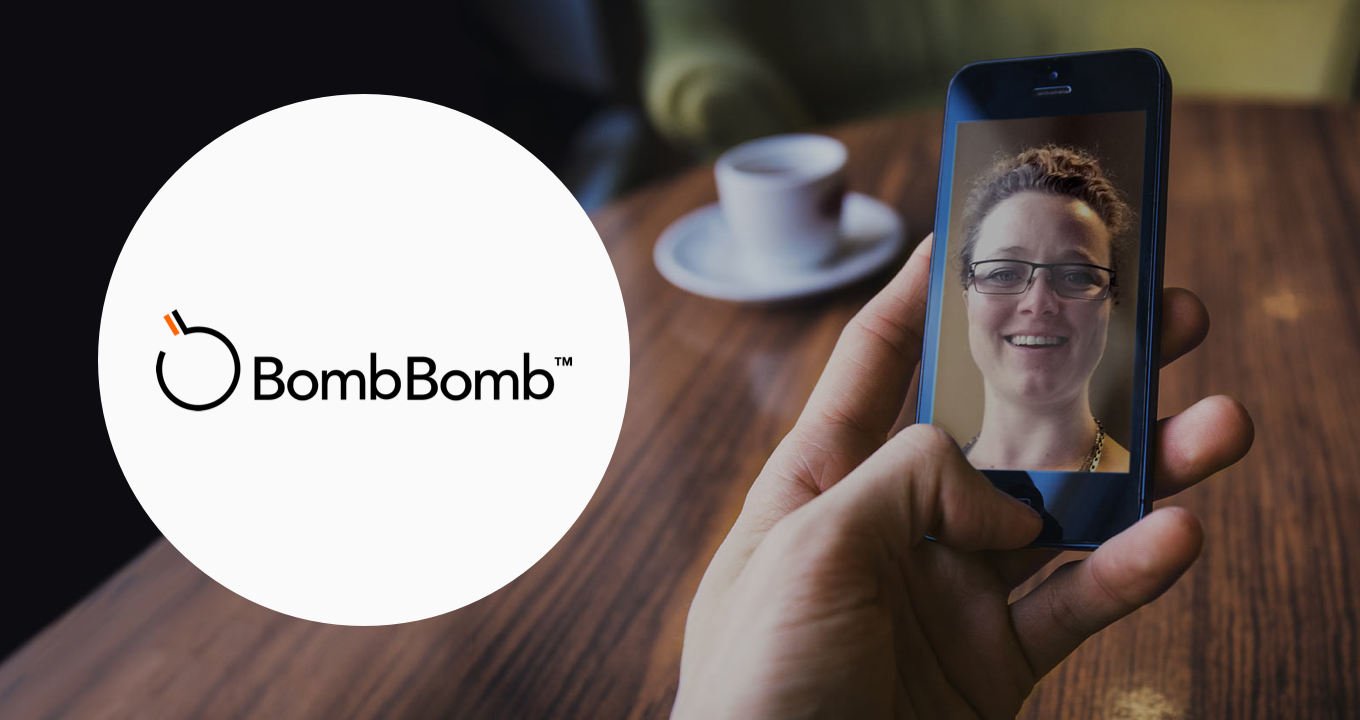 Think back to the last time you contacted another company’s customer service team. How did you reach out? Phone? Chat? Email? With any luck, your question or issue was met with a prompt and friendly response from an agent who signed off with their first name. Any chance you remember that agent’s name? Do you know what they look like?

Most people would expect the answer to be “no”, and that’s okay. We each interact with hundreds of people and we aren’t meant to remember every person we chat with once or twice—especially when that interaction happens in the ether. But imagine a different scenario.

“There’s this fascinating thing that happens from a psychological standpoint when video is used,” explained BombBomb’s SVP of Operations Jonathan Bolton. “You end up building a relationship with people you see on video. The most common application of this is your favorite TV show—you feel like you know the character. If you saw the actor on the street, you’d feel like you know them, and maybe that they know you, too.”

Here’s what BombBomb isn’t doing: interviewing based on camera presence and movie star good looks. But the video email company, founded in 2006 in Colorado Springs, Colorado, is using video to rekindle a sense of face-to-face human connection. BombBomb enables its 30,000-and-counting customers to use video to build relationships and “re-humanize digital communication” through email, texts, social media, and to track the results.

“There’s an intangible element that gets lost when you rely on plain, typed-out text in email and chats,” said Director of Customer Success Donovan Steinberg. “We help bridge that gap—it builds trust to see a person’s face and to hear their voice.”

The company drinks its own champagne when it comes to connecting with its customers. While BombBomb uses Zendesk Support, Guide, and Chat to field an average of 6,000 inquiries per month—ranging from technical issues to questions about optimal video lighting—the eight-person Customer Care team also creates videos, which they embed into macros in Zendesk.

“Donovan and his team had a great idea to have each Customer Care representative record a series of videos to address common issues. Each agent now has this set of videos and a macro library that allows them to send a more personal response, quickly. In this way, the person responding to the ticket is the same person in the video, and it helps to build a relationship,” Bolton explained.

Putting in the facetime… on the phone

Customer service reps at BombBomb are able to create one-off video responses as frequently as they see fit. Some reps create a video for almost every ticket, while others rarely use video. “We want it to feel organic. Everyone’s got a unique style, and when agents bring authenticity to the communication, that’s where we win,” Bolton said. “There’s a level of emotional intelligence involved to determine when the application of video makes sense.”

A big way that BombBomb builds relationships and trust with customers is by committing to phone support. Phone calls account for between 60-70 percent of BombBomb’s support volume. “Ultimately, I want to meet customers in the channels where they want to contact me,” Bolton said. “I love phone support as a differentiator for a SaaS software product. It’s great that customers can call and there’s someone there to pick up.”

He went on to explain, “We’ve been able to scale phone support and so I think it’s worth the work. Where we gain operational efficiency is in product maturity and improvement so that there’s fewer calls overall, and then as we work on the customer experience, we make it easier for customers to find the information they still need.”

Some might call this an unorthodox view, but it’s working for BombBomb. Bolton and Steinberg’s advice to the team is to imagine that they’re the CEO—How would that change the decisions they make on the phone? The power to solve the customer’s issue is in their hands.

Customer retention is everything

The Customer Care team sits within the larger Customer Success organization at BombBomb, totaling 24 people. Customer Care is the responsive leg, while the broader success team functions as the proactive leg—and together they work in lockstep. So while Steinberg looks at traditional customer service metrics like ticket volume and customer satisfaction, his team is also dialed into the company’s NPS (with a score of 52), and churn rate.

“Agents have the opportunity to save accounts, or to upsell accounts, or to connect a customer with a customer success manager for training,” Bolton explained. This is imperative because SaaS business models typically reach a point where the majority of revenue is from subscription renewals, not new business. “If you think about your support organization only as a cost center, you’re not thinking big enough,” he said.

To that end, BombBomb makes a large investment in agent growth paths, so much so that most agents have stayed with BombBomb and moved into other parts of the business. There are people in senior leadership positions and in product, sales, and nearly every part of the company that came in through Customer Care. 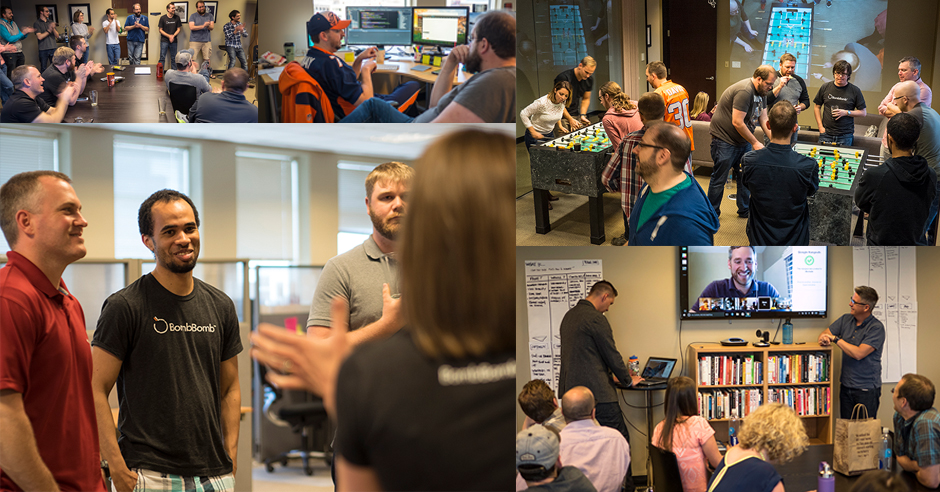 A view from the inside.

“We want to hire people that are a little overqualified and then work to develop that talent internally,” Bolton explained. “We believe that if you don’t make that investment in your Customer Care team and employees, your company’s returning revenue is at great risk. I don’t just need someone to answer the phone; I need someone who can build a relationship, who can listen, and who can make decisions and provide great advice about the product.”

In point of fact, BombBomb was an early Zendesk customer and left. At the time, Bolton explained, Zendesk didn’t offer chat and had trouble with a bi-directional Salesforce integration. The team also found that comments left in their knowledge base were slipping through the cracks. Given that BombBomb was a Salesforce-centric organization, it made sense to move to Desk.com.

What the team learned, however, was that it was important to align with a vendor with shared values. It was this, as well as product maturity, that led the team back to Zendesk. “One of the reasons we returned to Zendesk was that there was an alignment of core values—there always had been,” Bolton said. “We thought perhaps that there would be an alignment when we moved, but the relationship was very different.”

When BombBomb moved back, Bolton himself recorded a video to explain why BombBomb left Zendesk and why they wanted to come back. It was romantic. It was sweet. It was hilarious, and it was all to the end of building a new and better customer-vendor relationship.

“We had relationships established with people at Zendesk that we knew we’d damaged by leaving the business,” he said. “I wondered if there was a way to rekindle those relationships, whether some of our old friends in product, and marketing, and customer success would remember us.”

It’s safe to say that we did. But just as important as Zendesk’s relationship with BombBomb was the opportunity to connect with peers and participate in a wider support community. “I remember going to a Zendesk meet up and meeting a handful of others doing work like me,” Bolton said. “That I built some meaningful relationships with industry peers through an industry tool sounds like a bit of romantic fluff...until it actually happens. Then you realize that’s really, really valuable. It’s fascinating to think about the way we build human connections through the products we use, isn’t it?”

In the end, Bolton said, a great relationship is built on good communication, whether that’s with a vendor or with a customer. “It’s so important that when we communicate, we feel like we’re being heard.” And frankly, we couldn’t have said it any better ourselves. 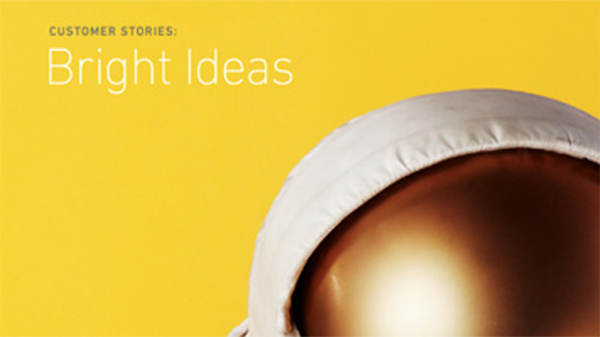 Read about how organizations like Box, SwiftKey, The Federal Communications Commissions, Le Tote, and The Wharton School realize success with Zendesk. 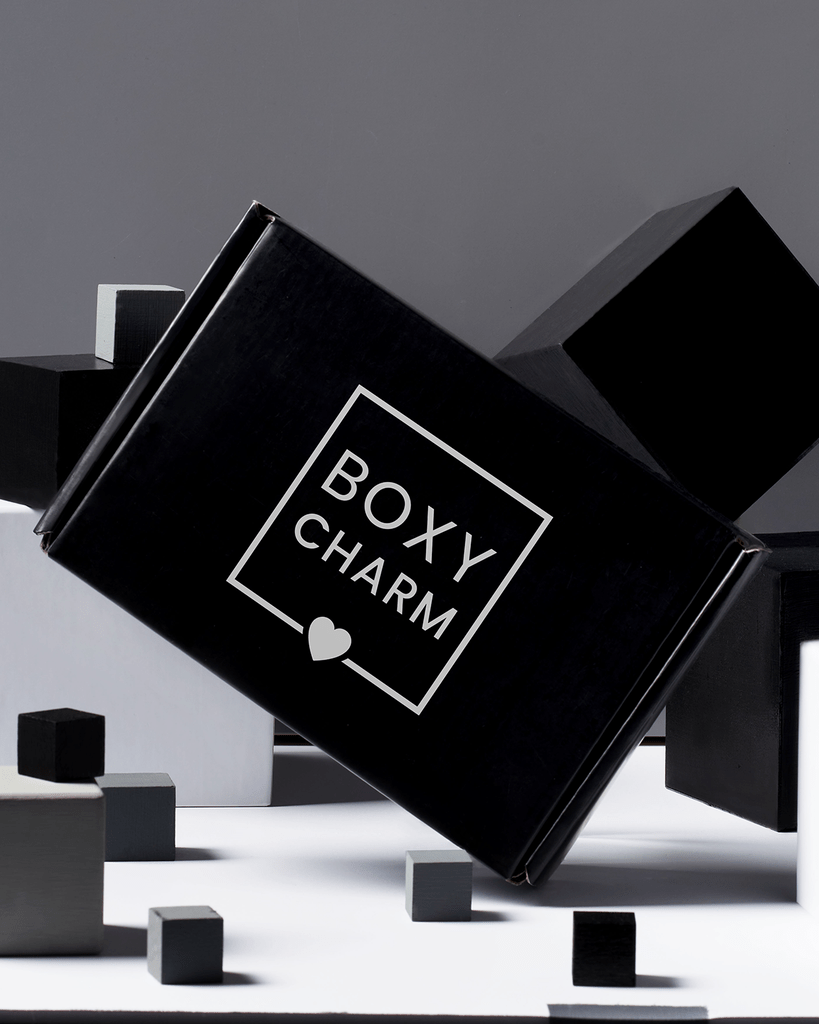 Here’s an eye-opening fact: the beauty-products industry is worth more than $500 billion a year. That’s&mldr; 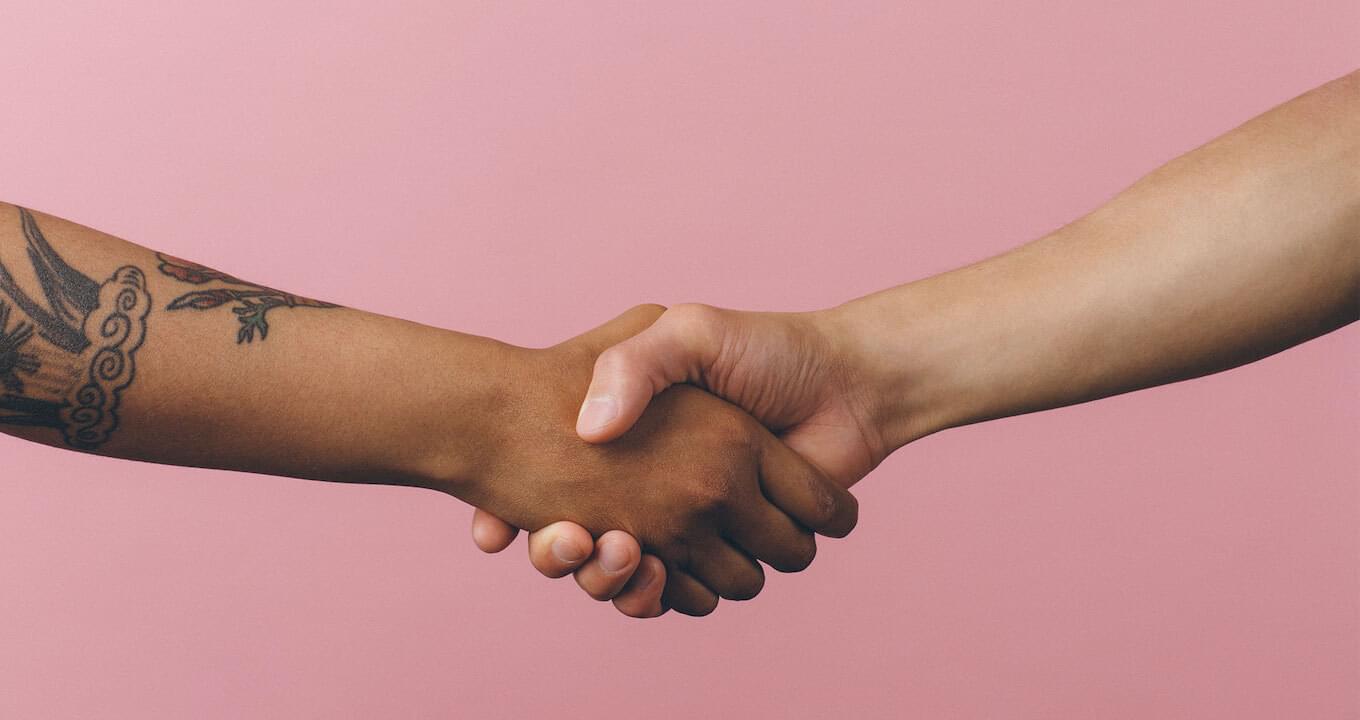 How GiveDirectly grants cash, and the dignity of choice, to program recipients

For GiveDirectly, offering support in the form of cash gives recipients the freedom to help themselves in ways that best fit their individual needs. 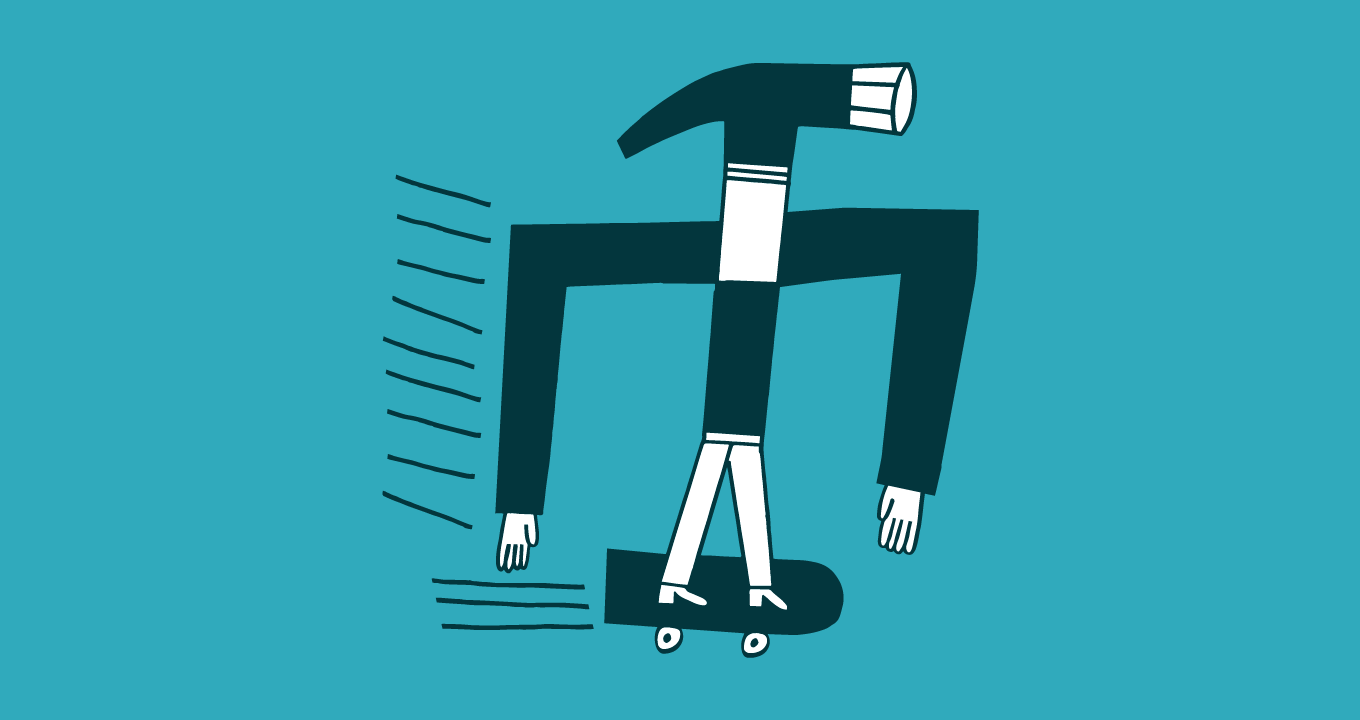 In an uncertain world, knowledge is power

Find out how knowledge management software can help you keep your customers informed even as the world keeps changing.

Trustpilot goes all in on self-service and gets results

Trustpilot makes content easily accessible, improving agent efficiency and harnessing actionable analytics that can lead to the kind of self-service that drives scalability