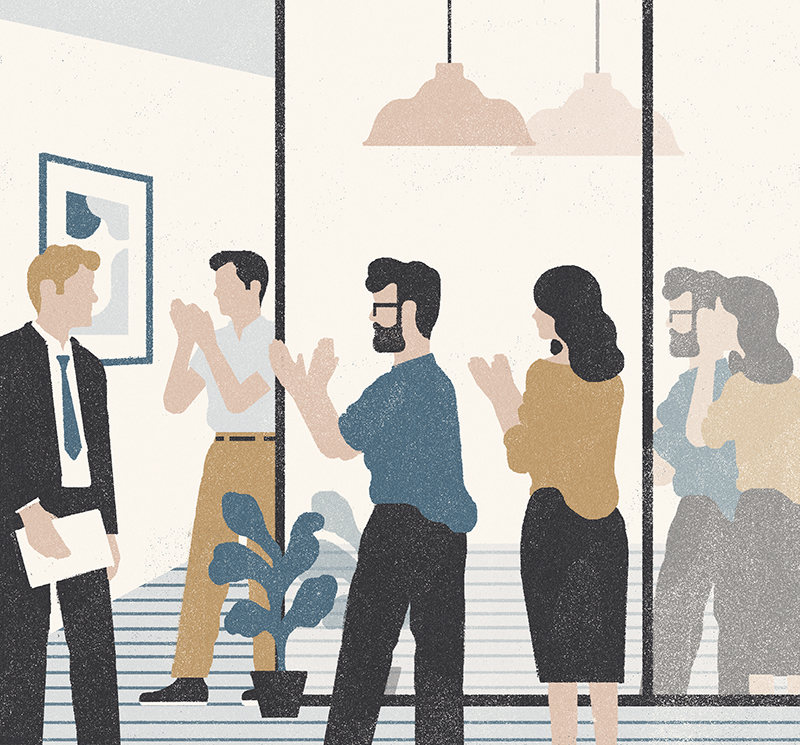 We know when we have a “bad boss” because of how we feel after interacting with them. Their words or behavior might leave us in tears or cause us to hit the gym with a vengeance. And not just once. Frustrating managers tend to exhibit a pattern of frustrating behavior, and it only gets more confusing when that “bad boss” is also a nice person. Or, at least, a seemingly well-meaning one.

Manager-employee relationships are inherently complicated, and our interactions—and the quality and clarity of them—can easily lead us astray. It’s a problem that Kim Scott and Russ Laraway of Candor, Inc. have been working to solve by teaching companies how to make feedback more effective. Their concept of Radical Candor™ is a challenge to say exactly what you think, built upon two maxims: ‘Care personally’ and ‘Challenge directly’.

For most of us, bringing radical candor to the workplace is easier said than done. We’re only human, after all, and prone to having off days. For some, the prospect of delivering hard news can be scary or we may resist speaking up to correct a colleague when they get something wrong. For others, it’s easy enough to bring the hammer down hard. Feelings, after all, can be messy, so why not leave them at home?

Good intentions are not good enough

Candor, Inc.’s methodology provides an interesting framework by which to view and gauge feedback—both praise and criticism. To gauge feedback, take a specific interaction and place it along a spectrum of how much care went into the delivery, contrasted against how specific and clear the feedback was. Using this method, feedback falls into one of four quadrants. Here at Relate, we wanted to dive into these quadrants to better understand how they manifest in the workplace—beginning with the quadrant lowest in care and lowest in direct challenge.

Leaders whose behavior or interactions fall into the “Manipulative Insincerity” quadrant tend to offer feedback based on hidden motives or to achieve an agenda—not because they genuinely want to encourage improvement. This can take the form of offering an empty apology or giving false praise in order to gain approval or make good on a favor. Feedback begins to feel political and the workplace more like a game to navigate through than a place of give-and-take and genuine interaction.

The trouble is, there are at least two sides to any story—a truth many leaders know well. It’s an important detail to remember as we dive into personal anecdotes. And when it comes to the manager-employee interaction, as Laraway explains it, what matters most is the employee’s take. The way feedback is received is more important than the spirit in which it’s delivered—and if it doesn’t help the employee know what to do, or to improve, it isn’t effective.

Take Chelsea, for example, a writer and designer at a small creative agency. Juggling many projects, working long hours, and taking feedback from clients, often without sugar-coating, was par for the course. The upside was that she was quickly gaining a wealth of experience. Yet, increasingly, she felt disheartened when it came to interacting with her boss, a woman whom she respected and viewed as a mentor. Whenever Chelsea asked for specific criticism or feedback on her work, to learn how to do something better the next time around, she was met with platitudes like: “Your work is great” or “Just do your best.”

As Chelsea’s workload and stress levels continued to build, her professional growth seemed to be hitting a stalemate. Spurred by another job prospect, and weighing her work/life balance, she turned to her boss for input. Her boss encouraged her to keep on her current trajectory, dangling the carrot of eventual career advancement. “You have great stamina,” her boss said. “You’re building a wonderful portfolio.”

True enough. But Chelsea began to sense that something she needed was lacking. “I realized that she never validated why I was upset or acknowledged the position of stress she was putting me in,” she explained. “I was conflicted because I wanted her approval, but in the back of my mind began to realize that I didn’t feel valued. It left me feeling unsteady.”

It’s possible that Chelsea’s boss had the best of intentions when she reminded Chelsea that passing off a project to someone else meant passing on a chance to shine or have her name attached to the outcome. Given that agency life is not for the faint of heart, and knowing how much Chelsea valued professional growth, her boss may have believed she was shooting straight from the hip. And for a long time, this was an effective strategy to help keep Chelsea motivated—that is, until it wasn’t.

Over time, it began to feel like Chelsea’s boss only cared about the outcome, getting the work done at any cost. It didn’t feel personal. And because feedback on her specific projects was often vague, Chelsea felt like the promises for advancement were empty. In the end, she decided to take the other job.

Not all bosses have leadership experience

A Gallup poll shed light on why great managers are so rare in the workplace. Companies tend to move the wrong person into management roles as much as 82 percent of the time—a staggering number. And the news gets worse: Gallup’s research revealed that only one in ten people possess the talent to manage effectively. So, you do the math.

Even outside the traditional office, most of us are being managed in some way, by someone. For Sara, a student in Southern California, working as a nanny, it became clear early on that her boss—The Mom—didn’t know how to provide feedback. Instead of giving Sara instructions for what she expected to happen, she waited for Sara to make a mistake. Over a period of eight months, she’d nitpick and get mad at Sara and then ply her with compliments to make sure she’d return the next day. It was a vicious cycle of feeling like everything was fine, only to receive a phone call late at night, sometimes a week later, to learn what she’d done wrong.

It was a vicious cycle of feeling like everything was fine, only to receive a phone call late at night, sometimes a week later, to learn what she’d done wrong.

Delayed feedback can feel a lot like a gut-punch. Ask anyone who has ever learned in a quarterly review that the project they thought they rocked, two months ago, could have been handled better. When managers save this type of criticism for a formal review, it becomes too late to take action and likely taints the positive impact of any raise—or praise—delivered at the same time. It also makes it hard to feel confident, next time around, that another surprise isn’t just around the bend.

“I was so anxious all the time,” Sara admitted. “Every time I saw her number, I knew it was something negative. She left me feeling like an awful person.”

In Sara’s case, it’s easy enough to label this as manipulative behavior from The Mom, but the key here is in the feedback. Sara’s boss made three pretty clear-cut transgressions. First, by mixing praise and criticism, Laraway explained, the criticism was diluted and therefore less effective. Her praise, too, fell short because it wasn’t specific or sincere. Sara never had a sense of what she was doing well. The third transgression was in her delivery. According to Candor, Inc.’s HIP approach, criticism should be helpful, humble, immediate, delivered in person, in private, and without making it personal.

Criticism: How to be more kind and clear

If this is where you show up, you need to work on showing that you care, and challenging your employees more directly. Clear criticism isn’t mean—or it doesn’t have to be. Using Candor, Inc.’s HIP approach, take your criticism directly to the person involved and don’t make any stops along the way. Keep it helpful and humble—saying one thing, but thinking another doesn’t do anyone any favors.

Praise: How to be more specific and sincere

When your praise is vague, it doesn’t feel genuine. Candor, Inc. recommends beginning with, “I like the way you_________.” This statement helps you to be precise about something you admire—and why. That’s a lot more likely to ring true than something more general, like “Good job”.

Comments like, “You seem emotionally unstable” made Sara feel like her character was under attack rather than the way she brewed coffee or bought groceries. Moreover, the latent feedback, over the phone, didn’t give Sara the chance to react. It also didn’t allow The Mom the opportunity to read Sara’s nonverbal cues and witness the impact of her words. After all, it’s only by gauging your feedback that you can learn from it.

And Sara got it. “I wished she’d framed things in a positive way or conveyed a sense of collective improvement,” she said, “To have said, ‘I’m telling you because I care and I want you to do it better next time.’”

Not surprisingly, Sara didn’t stick around much longer. And although the experience left Sara understandably skittish about repeating this experience at any future job, it underscored the importance of great communication between managers and employees. Now, whenever Sara interviews, these days in an office, she makes sure to ask employees about their relationship with their boss and about how the team operates. That, certainly, is timely feedback.

Stick with us. Next week we’ll delve into "Ruinous Empathy" in this four-part series on Radical Candor and how you can be a better boss and colleague by giving better feedback. 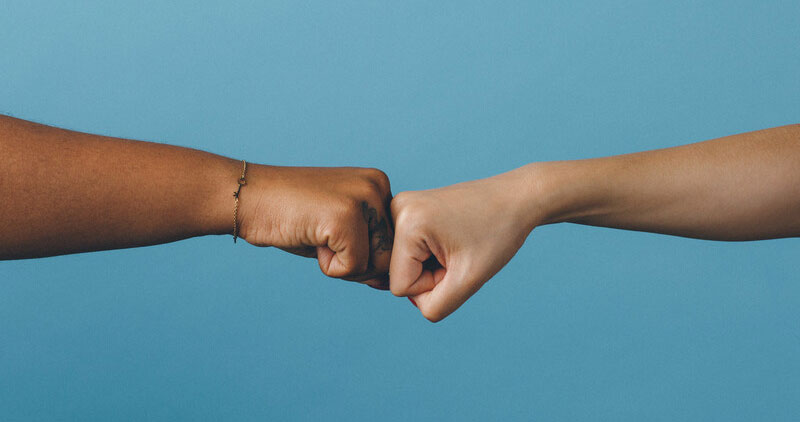